After two missing weeks, I’ve come back to missing kits and teams suffering shortages forcing players from other teams to play for them.

Sassco.co.uk 4 Roker Roar 1.
Sassco had a comfortable win over Roker. Tommy Bell opened the scoring and a star-studded performance from Teeb ensured that, after a two week break, Sassco kept on going with three points.

Seaburn Soca 5 Redhouse Storm 3.
Almost all of the Storm team were stand-in’s, so the result was no surprise. Soca raced into a 3-0 lead, but nearly got pegged back, and at 4-3, the game was wide open. Eventually, Soca secured the winner near the end.

Storm have a suspended £5 fine for wrong kit. This means that the next time they don’t wear the correct kit, they have to pay a fine.

Soul Cal 4 BunkerUK 2.
Too many “ringers” for Soul Cal means that the game will be replayed at a later date. Obviously all teams seemed to be struggling due to midweek 11-a-side games and work shifts, but Soul Cal had half a team out. The result will stand in the records until the “proper” game is played.

Soul Cal have a suspended £5 fine for wrong kit. This means that the next time they don’t wear the correct kit, they have to pay a fine.

Redhouse Fusion 0 Downhill Impact 0.
The first shut-out for Fusion. They barely had a decent shot on target all game as the mass defending from Downhill worked perfectly. 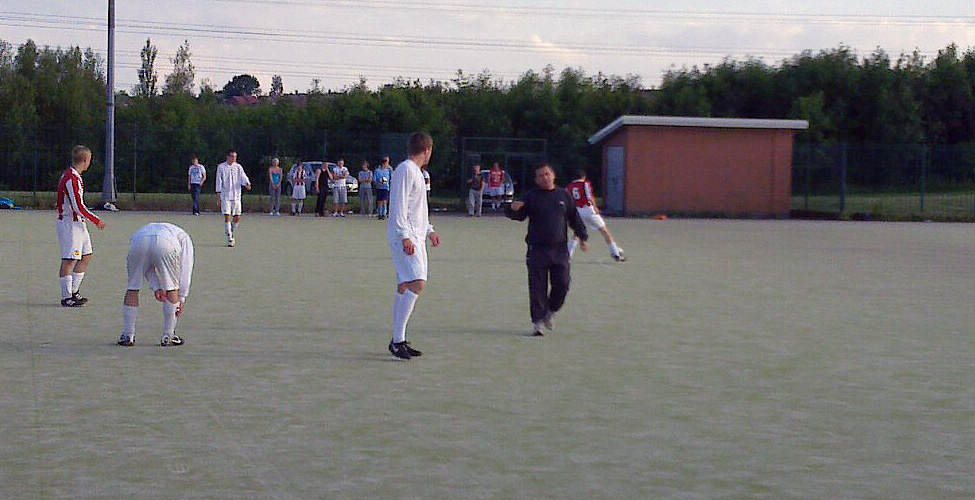