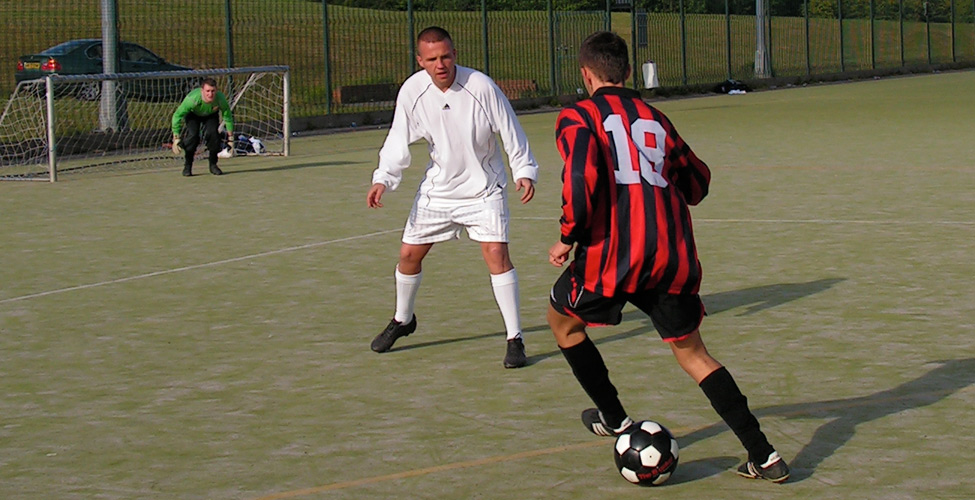 Mark Catcheside races towards Kyle Robinson, with a nervous looking Kevin McCluskey behind him.

Heavy defeat for Sassco and a major setback for Fulwell.

Two major games on the night between the top two, Nissan and Fulwell, and bottom two, Sassco and Downhill. Both ended in decisive wins in the humid evening.

Nissan 2 Fulwell Buccaneers 1
The two goal setback didn’t help an increasingly agitated Fulwell team. Both Murton and Robinson were at each other more than the opponents, while Carl Middlemiss made the error of announcing his retirement before the game. Based on his performance, he already had his feet up. At the other end, Danni Lay was just asking to be sent off. 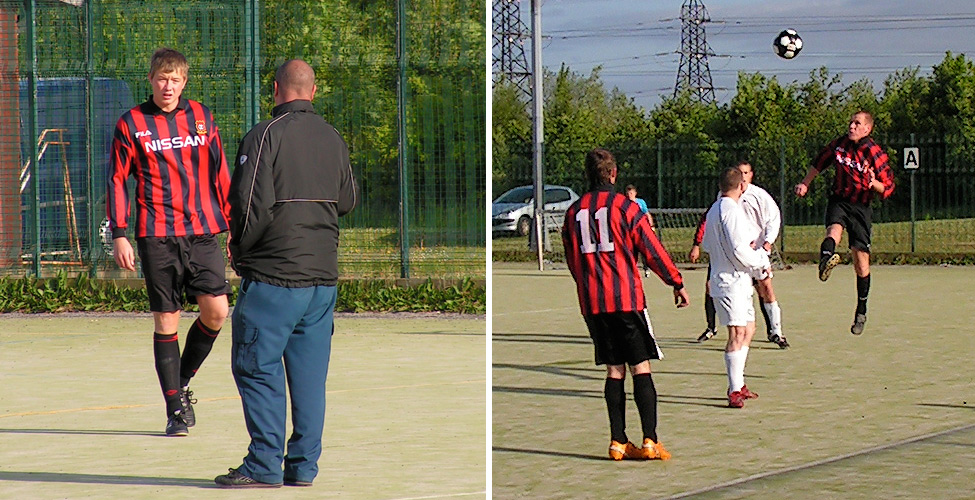 The first half was mainly Fulwell. Nissan couldn’t get a grip on the game, but eventually when Nissan did score, th0ey settled. The second goal just confirmed the result. Catcheside and Calvert with the goals. But a howler from Laing let Wooton in and it was 2-1. It was too late though and Nissan secured a major result over their nearest contenders. 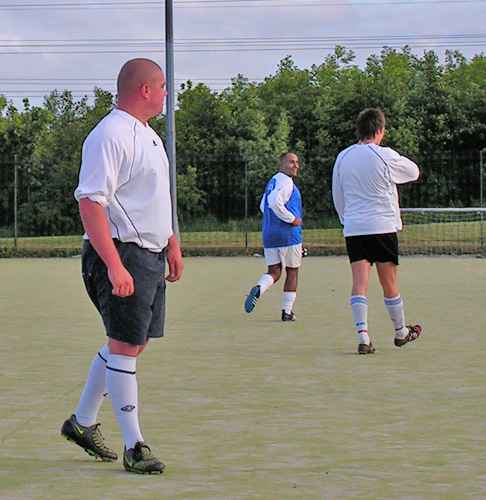 A disaster for Sassco. All week there had been discussions on why the leagues were losing teams. Lack of the ability to fill a form was one reason, but also lack of players was another. Sassco suffered when Tyson dropped them in it and Pearson announced he was going for a massage. The five hardy souls were confident of a decent result, until Craig Charlton turned up and Simma decided to go in goal.

Within around 25 seconds, Logan got caught cold when a shot went in off the post. The Sassco plan was in tatters and a second goal from Charlton killed them. However, Ed Morrison did grab one back and things were looking up. Unfortunately for Sassco, they conceded a third and the game was up. Eventually it was 5-1 and Charlton got all the goals – what a hero! 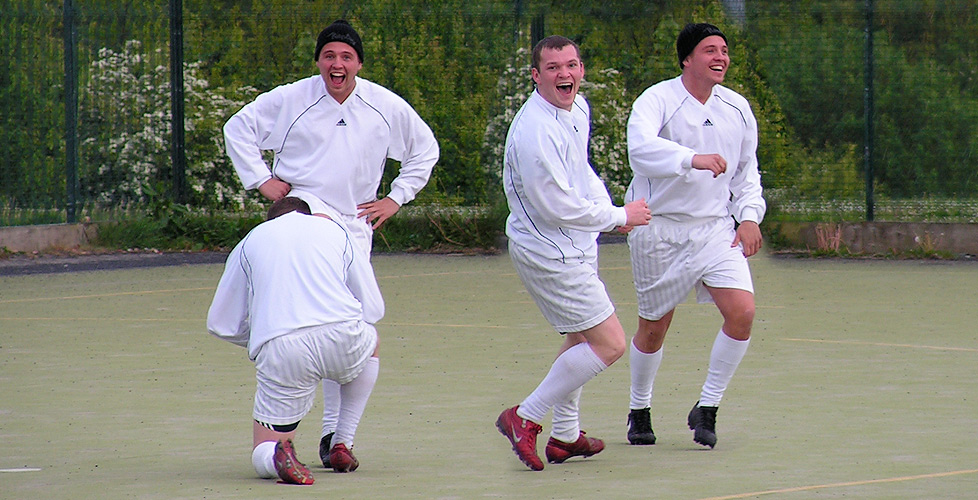 The Murton Project is in tatters.