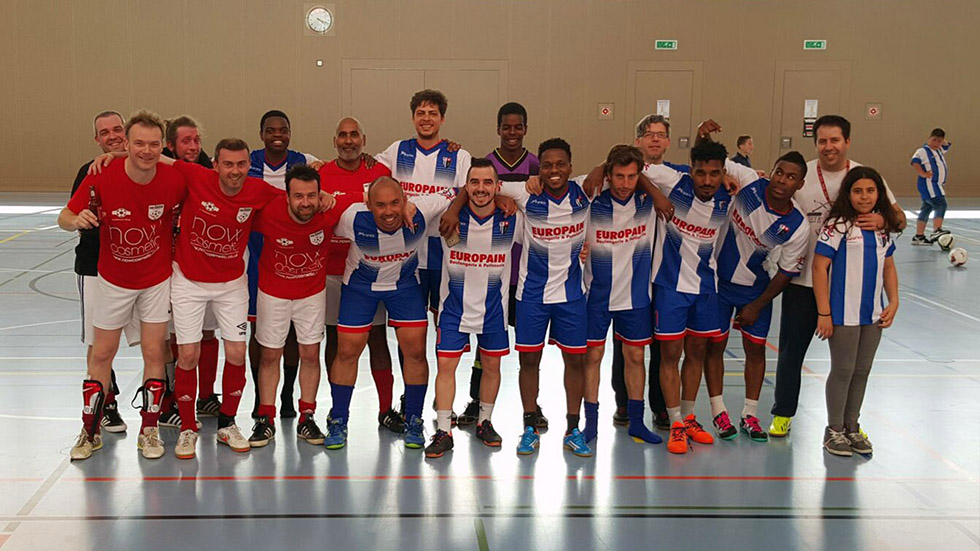 Back in the late Summer of 2015, I was contemplating an end to the football tours.

We were Stateside in New York, playing in iconic surroundings, down in the Lower East Side, wedged between the Williamsburg Bridge and the Brooklyn Bridge. We had three Sassco regulars in me, Gourlay and Dixon, with some add-ins from our American opponents. As I took in the surroundings I thought, “This is it. We’ve done it – the final tour.”

Then my long range effort sailed over Randy Kim’s head and into the tiny pop-up goal and I thought, “Where next?”

The choice was Switzerland. Flights were cheap and hotel was reasonable and the bonus was flights from Newcastle. We’ve had a few flights from Manchester and Leeds, so I wanted something easy. We landed back from NYC on Tuesday and by Friday, we’d arranged a 2016 tour. Opponents were sorted. Adolfo Domingues ran a team called FC Semailles and we had found a like-minded individual. Plans were for an indoor futsal game and outdoor grass or 3G game.

Fast forward to June 2016, I managed to squeeze Dixon, Ed and Baxter alongside the LPG gas tank. It was a tight squeeze, but we managed to get Ed’s creams in. We made it to the airport in good time. Priorities were passport, shirts and Panini Stickers. Baxter got an extensive search, while I sailed through security – how ironic. 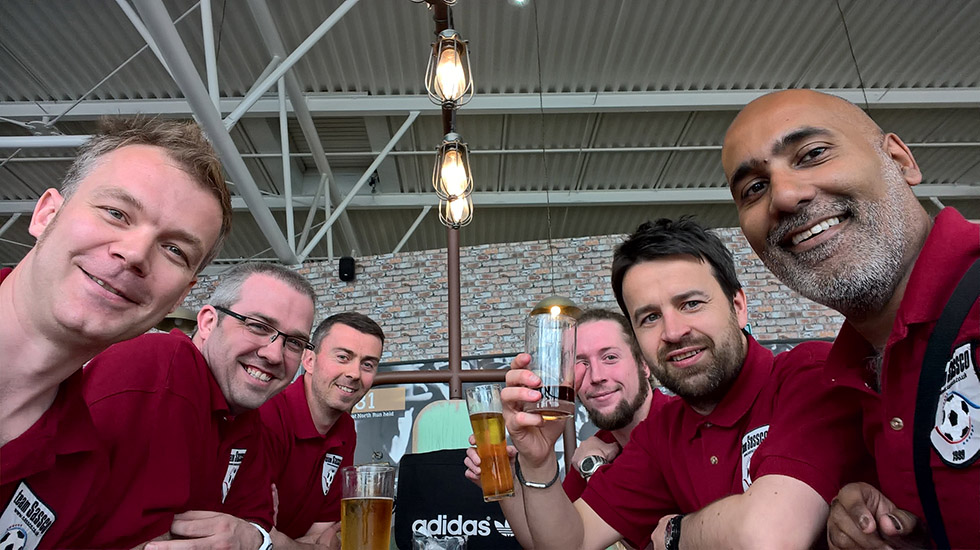 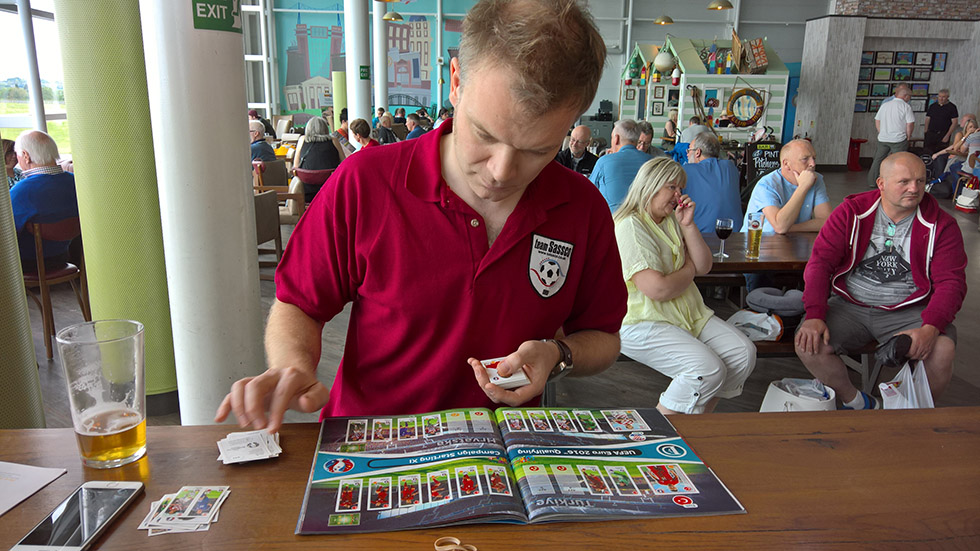 We had a day to kill in Geneva and wandered to the centre and to one of Dave’s recommendations, which turned out good. Dixon though spent the night expelling his badness and described his ring piece as pulsating using his hands to visualise.  Baxter snored all night, so no sleep for me. 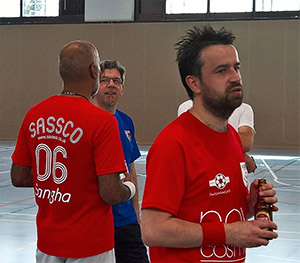 Next morning, we discovered stains on Dixon’s bed, but we won’t judge. Breakfast at McDonald’s in the “Metrocentre” across the road and water replenishment at “Morrisons”, we were picked up by FC Semailles in a blue transit van to make us feel at home. The indoor venue was superb, but we can’t get used to this futsal milarky. Normally it’s to the big man in the box to nod it on, but Baxter and Gourlay decided to play wide and ignored my Row Z direct balls in the middle. We went 2-0 down, but Baxter grabbed one back, before Dixon lost his man and I lost mine because I was busy shouting at Dixon for losing his. We mutually agreed after the game that we were both shite.

Baxter, but now getting redder and redder didn’t score again, but Gourlay helped himself to a hat-trick, while Dixon scored late on. The opponents grabbed 12 in total, but Cooper kept the scores down. Ed Cook, playing on Ed Cook time, floated around the middle for the game.

It was steaming in the arena, reminiscent to our Dusseldorf days. Even Ed’s creams started to melt. Gourlay and Baxter mutually purchased a set of Swiss wrist bands (Swissbands – ha ha) in order to wrist pump (isn’t that supposed to be wanking?) after a goal. It didn’t happen. Dave, though did finally discover that the sweatbands were to wipe sweat, not keep hands dry. Yes, Dave…

On the night, we headed to the city centre where Gourlay was shocked I was going to take a bottle of milk into a pub and didn’t let me. He’s obviously got a problem. 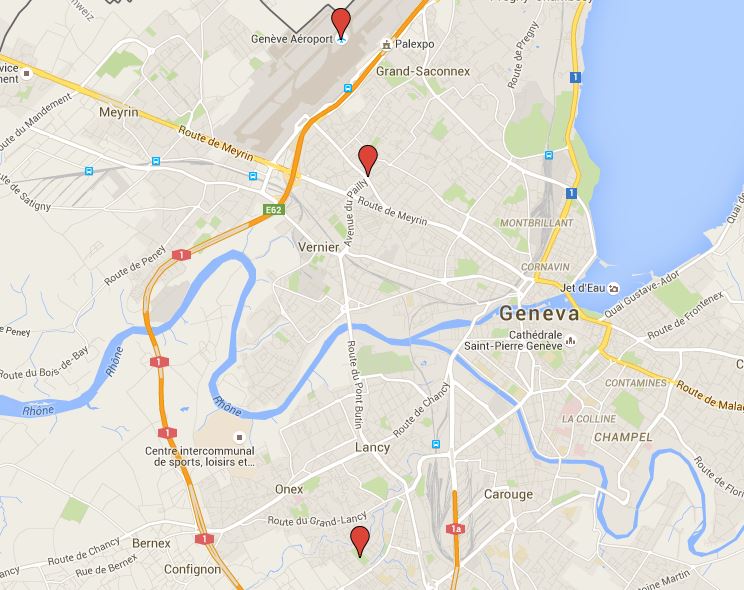 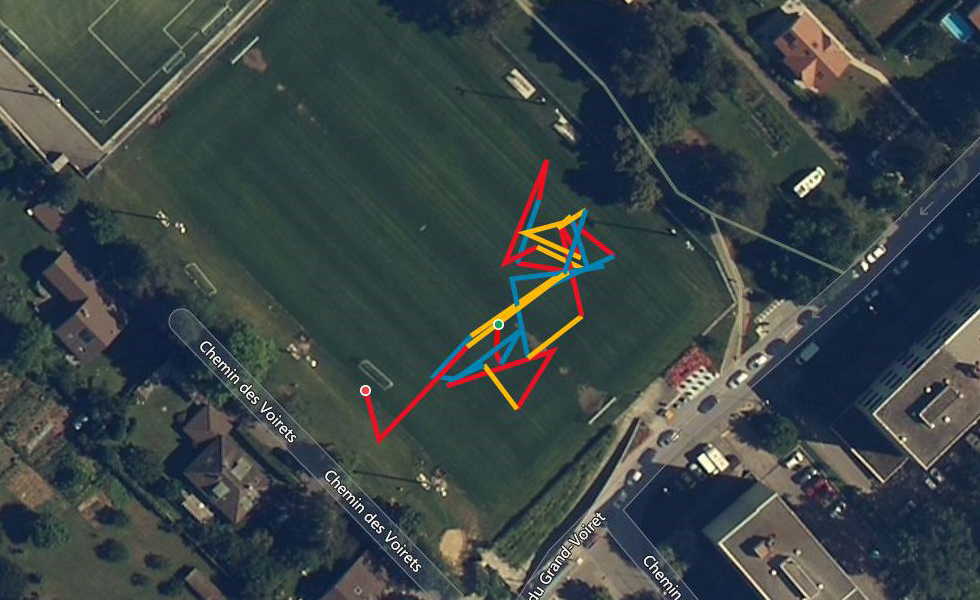