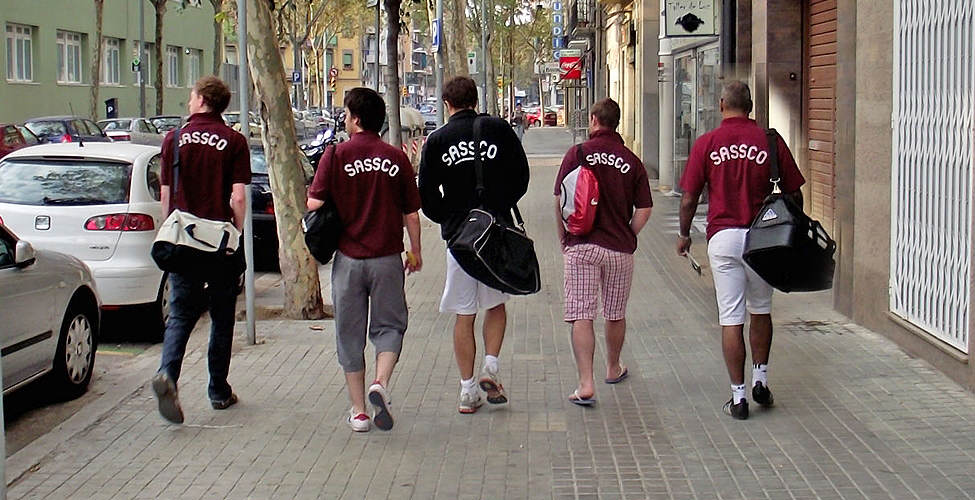 Sassco on tour along the Barcelona streets.

The next day, we got a bit of an early morning hammering from our esteemed opponents, UE Sants. They were very good and played quick Futsal. Hembrough was getting increasingly frustrated by the game and called Futsal players world wide “gay.”

We got to the venue just in time, now being experts on the metro and map reading. Overall, the tour was more of an “arranging everything day-by-day tour”, so it was a bit more hectic as we didn’t have anyone looking after us until we got to the games themselves.

Needless to say, we got a walloping, and Tim Gillespie scored an own-goal. Thanks to Miki of UE Sants for arranging the hammering.

Finally, we had no more games and time to relax. Unfortunately, we didn’t really have a great deal of time. Next tour, I’m definitely going to make sure we have one full free day to do what we want. However, we were all looking forward to watching the Espanyol game at their new stadium. It kicked off at 5pm, so we had plenty of time to get there.

But we were late to leave for the Espanyol game. We were meant to leave early, but Tim’s sitting there in the sofa, fancy shirt on, but only his undies on. I had to tell him to get “his fucking pants on”. Then, power-walking past a pub, Tim says: “I fancy a pint in here, like.” I stopped in the middle of a packed street, masses of Espanyol fans wandering past, “Are you fucking serious. One hour fucking late, probably a massive fucking queue outside the fucking ticket office and you want to go for a pint?”

Match was enjoyable. I had to get one dude to move out of my chair, but it was a good experience. Espanyol won 2-1. 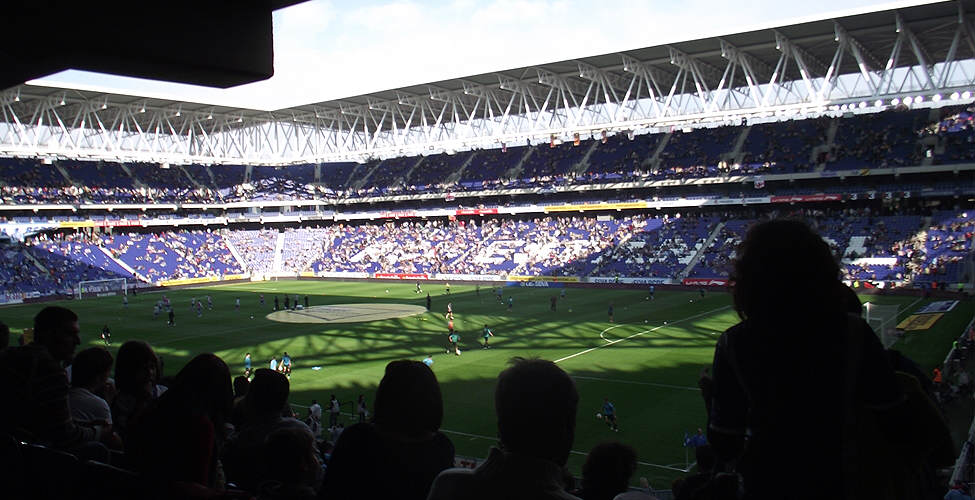 On the way back, we had a drink in a bog-standard bar, before wandering to the main strip. By now, Tim had asked everyone twice (or was it four times) if they fancied a tapas. Instead of actually saying that he wants a tapas.

Tim and Mark stayed out quite late, but the rest of us had early nights. I was back first, then Scott and Dave, before later on it was Tim and Mark. Tim was rooming together with Dave G. Tim returning late was whispering to Dave G, “Dave….Dave…..” to which Dave replied, “Fuck off, Tim!” It didn’t end there. Tim then slowly proceeded to take off six velcro strips on his shoes very slowly.

On the plane back, Tim asked where we were going next and I finally turned the tables on him:

“Right, Tim, that’s generally where we’ll be going. Do you happen to have an exact location?”
“Errr, ummm, I fancy Spain.”
“No, Tim, we’ve just been to Spain. Where else?”
“Errr, ummm, errr.”
“The next time I ask a question, Tim, I’m going to wrap my hands around your throat while ringing it and asking.”
“I fancy Germany….” 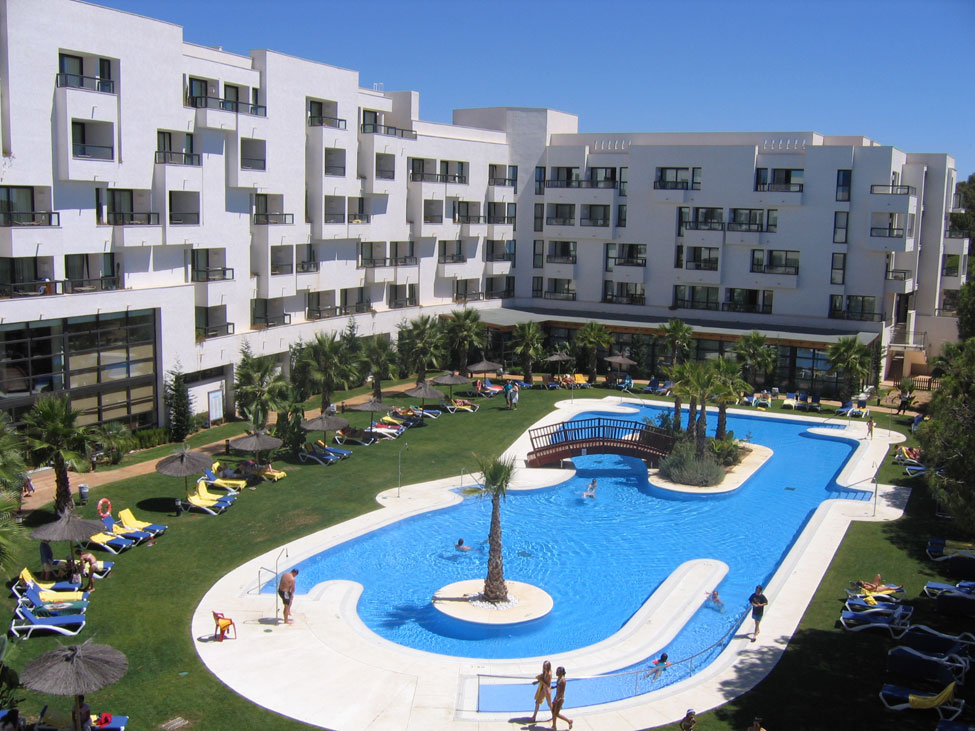 Full pricing for the Spain Tour 2010.