Shopping, drinking and it actually rained!

The Monday was coming back day. Me, Macca, Cressy and Dave Smith spent it shopping around. The Maltese roads and pavements were shocking. Digga, in his health and safety role would have closed the whole street down and sent everyone home. 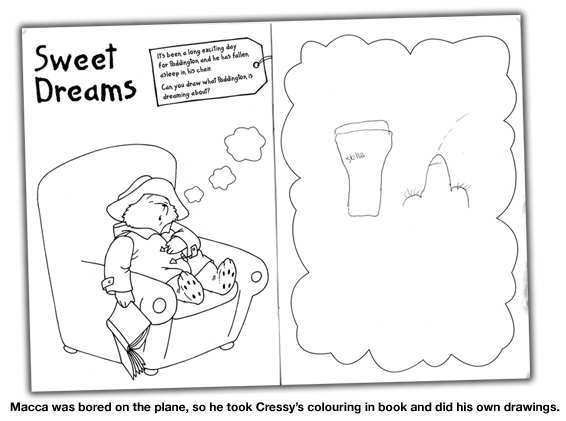 Greenwell and Emu had snared a cockroach and named it “Crez the Cockroach” and used it on Cressy and Greenwell had it kicked into his face by myself. Muers also managed to crush some stink bombs into Macca’s bed while we all noticed the toothpaste he’d had pasted all over him was still there and un cleaned. Muers hadn’t brushed his teeth and had a shave since we started.

The trip back on the plane saw everyone convincing Macca that he needed a boarding pass to get on. Cressy also briefly lost his passport. When on the plane, most were sitting separately. The yokels were in the back, while. Muers and Greenwell were separates. Every now and then we shouted over Greenwell and all we saw were some eyebrows looking at us. Same with Emu, – just a shine red head with tint of ginger. The flight attendant gave Cressy a packet of crayons and a drawing book, while everyone was busy chatting up the over 60’s Saga Tour that was also on the flight. Tim, well pissed and rapidly making an arse of himself asks someone on the same plane flying from Malta, “did you have a nice holiday – where you been?” He also spent a few incidents trying to drop everyone’s trousers, before Greenwell yanked his off back at the terminal in full few of everyone. Hairy arse and thumb-like nob sticking out and all. Cressy also spilt drink on himself and looked as if he’d pissed his pants.

The plane went through some heavy turbulence when landing at Gatwick. Macca, sitting at the back, shouts loudly to Emu, who’s sitting between two pensioners, “Ere, Emu, stop moving about.”

That was it really. Me Hembrough, Tim and Scotty spent the evening at a Gatwick hotel as did Dixon and Gourlay. The yokels had to drive all the way back. I wouldn’t have minded, but the rest overnight and the flight back in the morning was on like clockwork.

I was presented with a signed ball and some gifts from all the players (when we were leaving Malta), which didn’t really bring a tear to my eye (I’m not that sort of bloke), but I was worrying about rummaging inside the back incase Crez the Cockroach was scuttling about. I did plan for the next tour to be in Portugal in 2010, but overwhelmingly was asked to get it for next year. Only problem is that Macca’s wife was also threatening him with all-sorts, so I’ve decided to ban him from any future tours as I don’t want any death threats floating around. However, the plan is to all pack some extra clothes for him in our own suitcases while he tells his other half that he’s going out for a paper and comes back three or four days later.

So, if everything goes to plan, it’s Portugal Tour 2009 in November next year. The venue, the country might all change as it’s going to be based on cheapest flights this time. It could change to Germany or Southern Italy. Really don’t want to go through the headache of transfer flights. If we are going for the cheapest option, then it’s hopping on an oil tanker and remembering to bring some portable goalposts. Gourlay suggested something like Poland or other Eastern European destinations. I reminded him that they “don’t like my kind around there….”

One thing for certain, I’ll be specifying a quad room for Macca, Cressy, Muers and Greenwell.