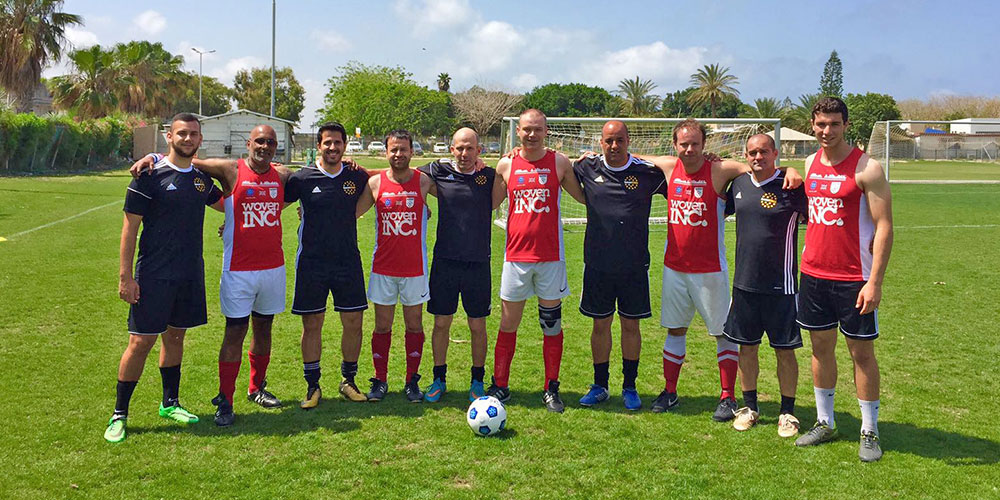 The English lose on penalties (as expected).

We were greeted by heavy security at Ben Gurion airport. There were missile silos all around the airport and in the distance, we heard explosions. There were also mass protests outside the airport as well, and the trip to the hotel was worrying as our Arab taxi driver kept on giving us strange glances and mumbling into his phone. We also were not allowed to wear shorts during our outings.

But, that’s what you want to hear.

We landed and breezed through security in a walm and balmy evening in Tel Aviv. Various bystanders were asking about our football team, and by the team we were at the apartment, the only hiccup was waiting for Tim Gillespie, who arrived earlier, but, being a functioning alcoholic, was at the local bar. A not so late night at a hip club on the 10th floor of a building, saw Dave Gourlay arguing with the waitress over a tip.

The following morning, we were picked up early by our host, Elad Levin, who runs various football organisation and is correctly known as “Mr Israel”. We got bundled into a VW Golf (voluntarily and not at gun point) and drove up north to Ma’agan Michael, a Kibbutz near the Lebanon border and the Syrian border. It was picturesque and very warm, even for an early morning kick off.

We borrowed one of their keepers, Roi Nave, who was a bit like a fatter Dave Simpson and a thinner Dave Smith. The heat was intense, but Dixon’s pasty skin managed to withstand it as we were wearing our skin tight (for me anyway) Awdis vests provided by tour sponsor Woven Inc. We raced into a two goal lead, but soon we were pegged back as we wilted. The heat got to my and unlike myself, I started shouting at Dixon, Tim, Dave G and various Jews and Arabs (just to balance it out).

Second half, though, we had a replacement ‘keeper Yaniv Lugasi, who playing as sweeper, fired in the opening goal of the second half. We stormed back and I was pleased I fired in the equaliser to huge cheers. We had plenty of chances; Dixon sent some of his shots over to the Golan heights and Tim Gillespie would struggle to flatten a turd with the power in his legs.

Late on, we were leading, but Dixon’s Switzerland sniper caught up with him and he stumbled giving away a kick-in. The end result was an equaliser for them. This meant penalties.

I missed mine, the goalkeeper making a spectacular save, but then they missed one late on. Dixon then stepped up and fired his SCUD towards Damascus and Sassco were defeated in The Holy Land. 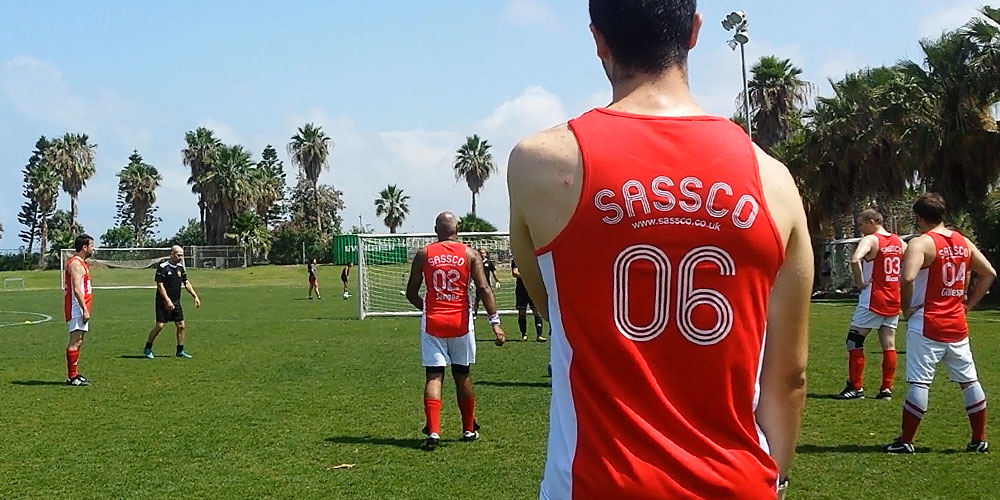 We were due another game, but it had to be cancelled as Mr. Israel struggled to convince his team to show up against us. However, much appreciated for the hospitality and the game from Elad Levin.

We then occupied (not the best word) ourselves with wonderful Tel Aviv; amazing beaches, fantastic bars, cafes and restaurants, and wonderful people (apart from the taxi driver who took is to the Bnei Yehuda – Beitar Jerusalem game – Dave was papping his pants with his driving). Someone who was papping his pants was Dixon, who spent most of the tour expelling his innards and we rapidly ran out of toilet paper. On the hour; every hour.

A visit to Jerusalem to follow Jesus’ steps was enlightening. It’s not surprising he stumbled so many times with the amount of steps and souvenir shops there. We then floated in the Dead Sea for a few hours – Dixon struggled to stay on his feet in the water.

So, for me personally, Israel was our best tour as I always wanted to go there. We were genuinely blessed by the weather and the city is easy to navigate, with so many delights to sample. A trip to the old part, Jaffa, was also great. The predominanly Arab quarter was bustling and everyone was calmly going on about their own business.

Israel is beacon of calm in the unstable Middle East. A secular democracy, where all Arabs, Jews and Christians are living and working side-by-side and I’d recommend it to anyone with a nod of my head* 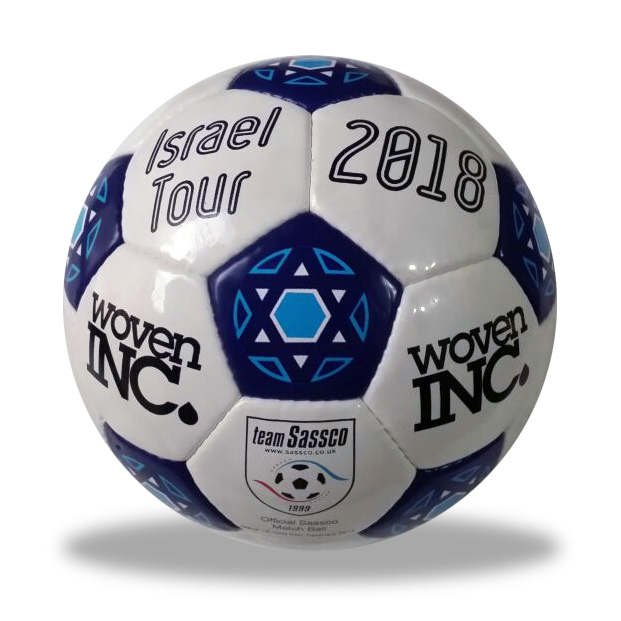 Soccerball for the Israel Tour.