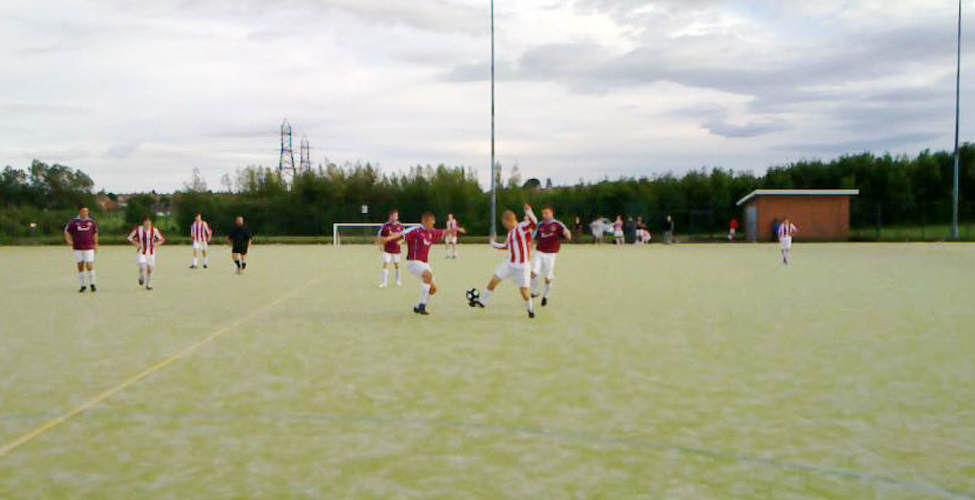 Action from the Bunker - Downhill game.

Pleased to say that the Tuesday League is thriving. From a low number of teams back when last season ended, to a total of nine well organised and enthusiastic sides.

Downhill Impact 4 Bunker UK 0.
Another impressive win for Downhill as they took Bunker apart in a strong second half. Dan Campbell’s chipped goal being the highlight. We nearly had another highlight when Campbell thought he’d lost his phone…again. Bunker had a glorious chance to equalise in the second half, but the shot was fired straight into Pearson’s midriff.

Redhouse Rockets 6 Redhouse Storm 0.
The Storm were fully kitted with an impressive new outfit, but suffered badly as the Rockets took them apart, with a scintillating performance.

Seaburn Soca 2 Roker Roar 1.
Joey Judson and Glen Hildrew were pumped up on Tic-Tacs and full-fat Coca Cola before the game and tore around the pitch to give their previously under pressure manager, Brook Dickens, more breathing space with goals in Soca’s second consecutive win. Roker Roar did managed to score, but Soca were too good in the end.

Sassco.co.uk 1 Soul Cal 1.
“How the f**k did he score from there?” were Sangha’s words as one of his ex-players, Brian Marley, pirouetted between two players like the finest ballerina, to fire in an equaliser for the new team, Soul Cal. The team were made up of the core of the old Bunker side from a few years back. Sassco had the better chances in the game, but only scored late in the second half. The equaliser came in the last few minutes.

Roar hold out against Soul.