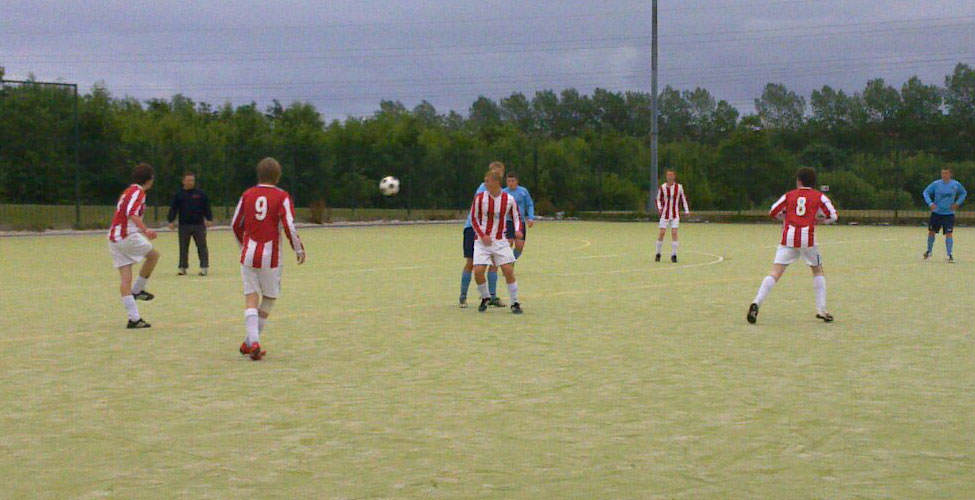 Bunker's first win in the competition in contrast to Seaburn's three defeats.

Rockets are shocked by a Roker winner.

Redhouse Fusion 7 Sassco.co.uk 2.
Sassco were brimming with confidence, having added Stevie Weavie Borat and Thomas and Teeb to the team from the ashes of the long forgotten WWC team. Another added bonus was the Muers was missing. However, Fusion dominated and struck after a few near misses. Amazingly, Sassco equalised with Garrett firing past the hapless Dinning. Eventually, Fusion’s attacking prowess easily took Sassco apart with further goals.

Roker Roar 1 Redhouse Rockets 0.
Rockets were another team brimming with hope of three points against the newcomers, Roker, who were defeated last week. The game wore on, with both sides firing blanks and both ‘keepers making saves, before a genuine roar welcomed Roker’s late goal. An unlikely result.

Bunker UK 3 Seaburn Soca 1.
Bunker cruised to a win over Seaburn. That’s three games without a win for Seaburn who have hit rock bottom. On the other side, this was the Bunker’s first win in the competition.