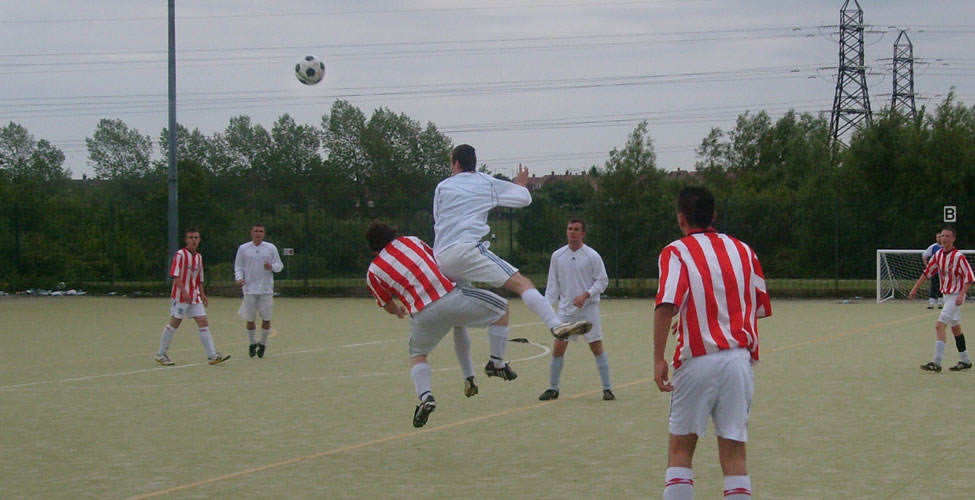 Wooton leaps and uses the full force of his oval head to clear the ball. 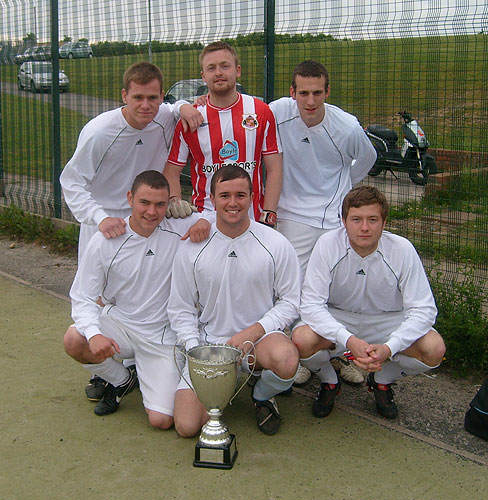 For a first game, it was more than impressive from the newly formed Redhouse Rockets, with their manager, Kurt Richardson, in goal. Fusion were due to play WWC in the title decider, but WWC withdrew, therefore giving Fusion the title (again). Nevertheless, Fusion are worthy champions, having led the table for the full season.

This game was converted from a friendly to an actual league game to kick off Season 16. All teams will be playing each other three times, so to put Rockets in against Fusion at the start was a difficult opener. Rockets were 1-0 down, but soon hammered in a superb equaliser past Craig Dinning. The game continued and eventually, Fusion ran out 5-3 winners. Brilliant start from Rockets, and already Bunker, Sassco and Impact should be worried.

Sassco.co.uk 2 Bunker UK 2.
Having been walloped in the majority of their games last season, Sassco didn’t really expect much against a more mobile Bunker team. An early goal conceded was soon replied to with Muers scoring, and the same player grabbed a second goal to give Sassco an unlikely lead. Bunker scored a deserved equaliser and had two glorious chances to take the game, only to be thwarted by Brian Marley replacing Dave Simpson in the Sassco goal.