WWC 3 Sassco.co.uk 1
Stevie “Borat” Anderson fired in an accurate shot through Wayne Greenwell’s gangly legs to put WWC 1-0 ahead. They looked comfortable until just before half time, when aging romeo, Marc McDermont outpaced an equally aged romeo, Kyle Robinson to equalise from a long throw from David Simpson. Second half saw normal service resume with two accurate strikes from WWC to take them to a 3-1 lead. Philly Werz, big spending owner of WWC quoted the previous week that he’d splash the cash for Bell’s team. “Let that be a lesson to everyone; depth in the squad when you can call on the likes of Teeb and Walker.”

Town End Thunder 3 Downhill Impact 1
The Thundercats overturned a 1-0 deficit, scored by Kev Snowdon, to run out as 3-1 winners. They presented a reasonably strong squad which seemed to gel together without the internal strife caused by Liam Richardson. Jonesy continued his fine form of missing around five chances before grabbing one on target. He scored the final one in a 3-1 win. Mickey Pearson was unavailable for this one due to injury, but strong criticism goes into Chris Taylor and Kev McCluskey for having other priorities. “Eastenders is getting better,” said the excitable Taylor. “Sam Mitchell is compelling in an ugly sort of way.”

Redhouse Fusion 8 Hendon Rovers 1
“UR a ryt arsehole. Wait til we play sassco” and “Ur write ups are shit” were genuine quotes from Josh Lay in the previous week as his overrated hat-trick was barely given a mention. This week, I have decided to rectify matters and can claim that his single goal against a new Hendon Rovers team, far outshone Kurt Baxendale’s staggering six (yes, six) goals. Josh Lay glided along the pitch with his bright orange boots and afterwards claimed that the teams in this league are vanishing slowly – scared off by Redhouse Fusion (if that is a real name). He singled out WWC and Tommy Bell’s management choices. He also complained about the fitness of referee, Anth Mouat. Back to the action: Woody scored the other goal in a mammoth 8-1 win over Graham Moffat’s new team who are statistically the oldest side in the competition.

Wear Consulting 3 IPS 0 – match awarded
Unfortunately, IPS were struck down with flu and alcohol poisoning and could not present a team. This game was awarded to their opponents, Wear Consulting. 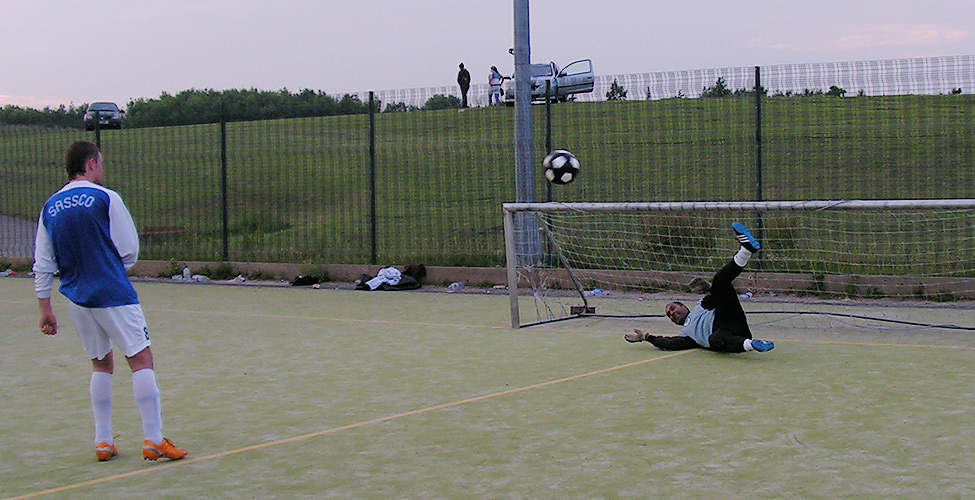