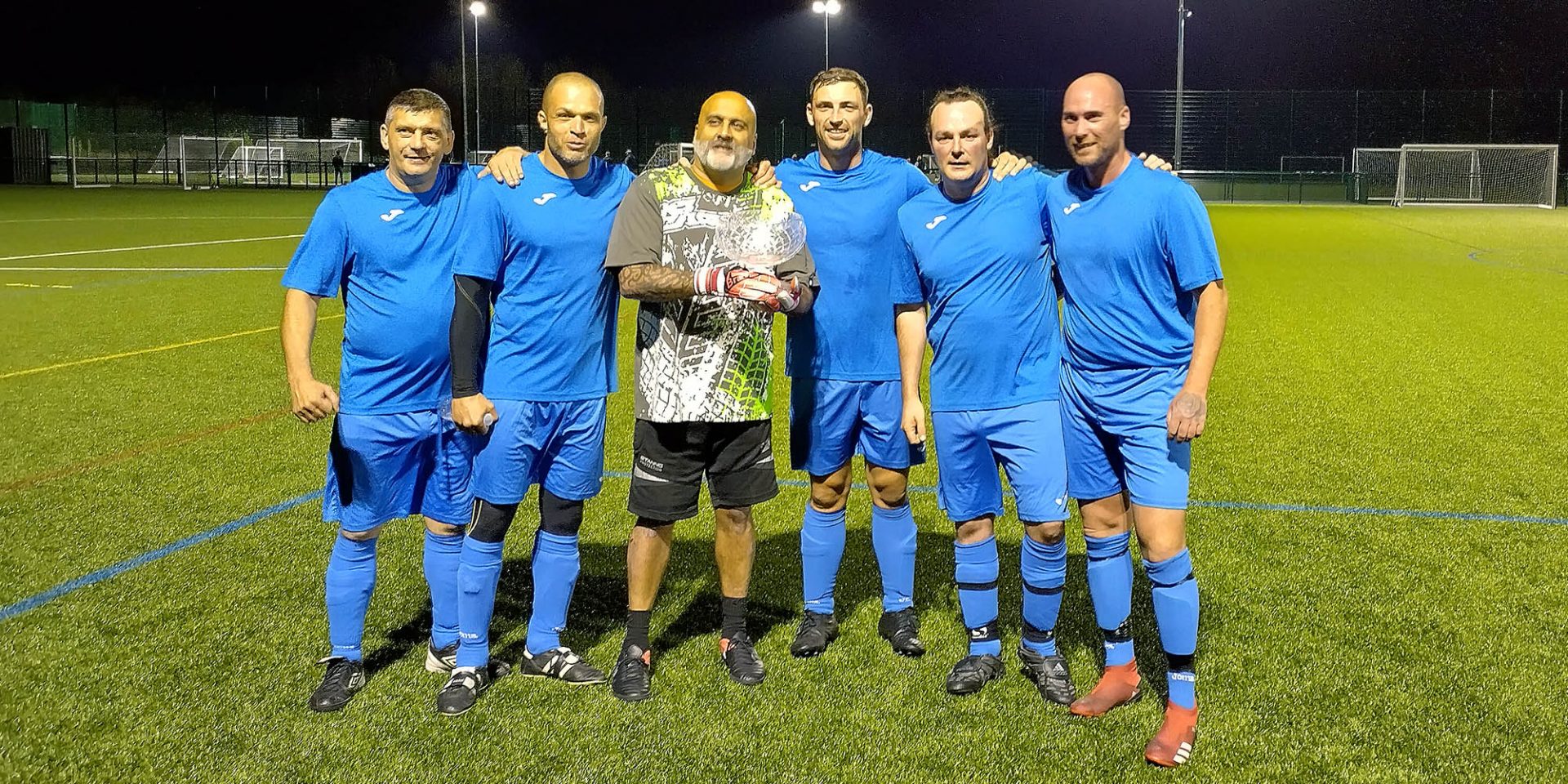 After so many stop-starts, we finally kicked off after the short winter tournament in December, last year.

Four teams took part, with Langley, Sassco and Sporting joined by Scott Hembrough’s Liebherr team. Liebherr kicked off the tournament by facing the holders, Sassco, who had a squad added to by Keith Mouat, David Murton and Gourlay and Craig Mouat with Sangha, Barker and McConville from last year’s outing. Quite an even game. Liebherr had a few good chances, before David Murton broke free to fire in the only goal.

Langley, with father and son team, Mark and Lewis Turnbull playing together for the first time, were then beaten by Sporting Redhouse, who removed the shackles of the dinosaurs they had playing over the last few tournaments, and pinched Carpet Centres / Shakhtar / Buccaneers / Marine House players. Interesting though that ever present Kelsey was still there, and the side line hooligans constantly confused Kelsey with Billy Harrison. Fatboy was in goal and, for once, failed to make any errors for the eager side lines.

Then it was the highlight game, this time played at prime time, where current Champions faced the favourites. The game contained a few choice tackles and dodgy challenges, plus diving from Yes, Trigger when he somehow collided with Davinder Sangha’s legs when Sangha was eating 4G. Both keepers made some excellent stops, but as Sassco had their chances, Sporting stuck late with a 1-0 win.

After this, Liebherr were still in with a chance as they played Langley. They were coasting at 2-0 and looked to add to their score, as Sporting’s goal difference was high. Unfortunately for them, within moments of going 2-0 ahead, Scott Hembrough was picking up the ball out of his own net twice. Those wo quick goals from Langley ended Liebherr’s chances.

Sassco won by another solitary goal v Langley (despite some great saves from Sassco’s Sangha, in goal), before Sporting confirmed the title with a 2-0 win over Liebherr. Scott Hembrough lost control of his team, who were high as a kite, having a player advised to go to the side lines to cool down.

A great win for Sporting with no goals conceded and their first title since 2008, in a great mini tournament. The next one is scheduled for November 30th.