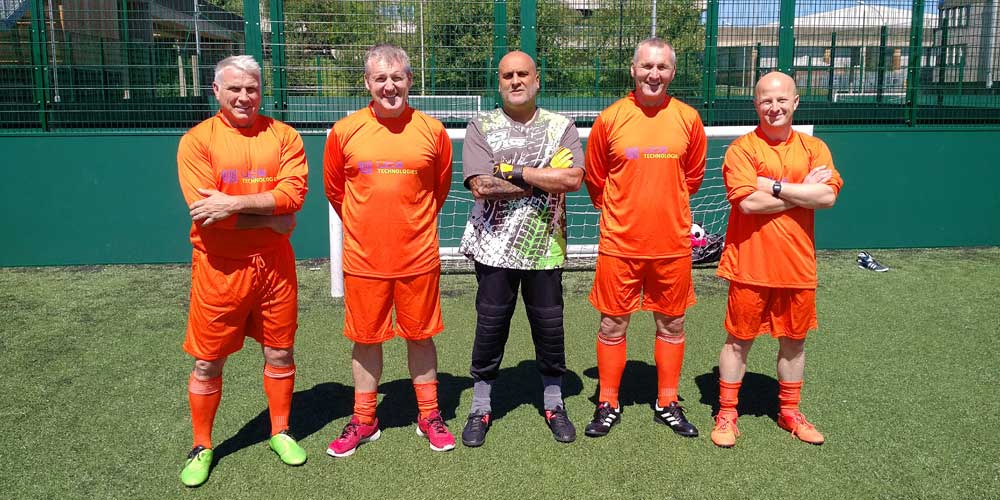 The league’s first set of games were last played in April, so it was good to be back in the sun at Washington Leisure Centre.

Also, the Sassco retro balls made a comeback, along with some ancient superstars from the Toddy’s, Sassco and even pre-Sassco era.

The day saw some heavy wins, during double-header games for Redhouse Fusion (as expected) and a replacement team from the moaning Blizzard lot, to the more pliable Sunderland North Community Business Centre (SNCBC) team. Unfortunately, they were taking over from a defeat in Blizzard’s first game (which could be replayed later in the Season). Despite this, they reversed that defeat by two wins against UCS Renewables, who, after a heavy defeat in April, came back stronger with a much different team.

Both Carpet Centres Elite and Crown Electrics were unavailable for this week. 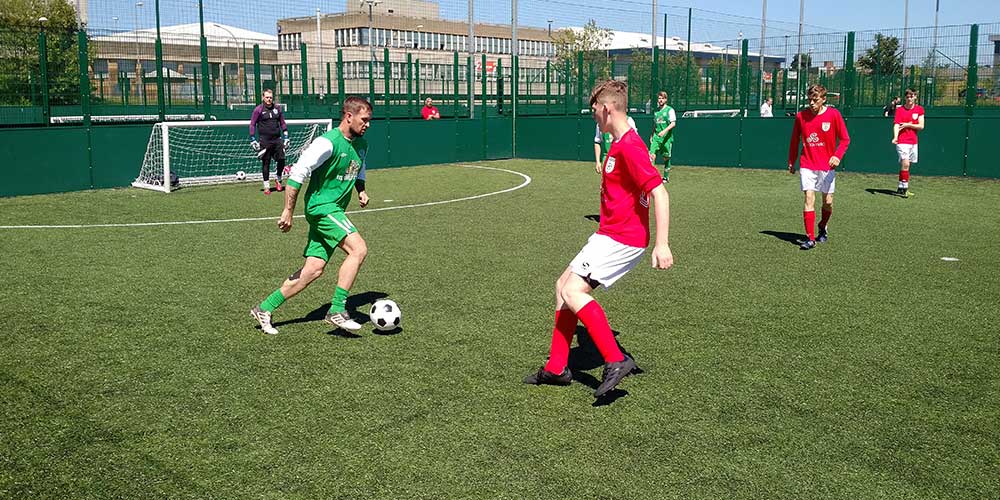 Fusion faced off against Sassco, with Sassco being a mix of youth and beauty. The youth being Kyle Burns and his possé, while the beauty was provided by Mark Muers and Paul Whelam, with Ciaran Hartley, who was in goal, replacing Sangha who was impartially refereeing.

Josh Lay, Steven Herkes and co. easily engineered the win over the Sassco team, despite an early goal by Sassco.co.uk. It was a runaround – especially for Sassco.co.uk, but Fusion remain on top. 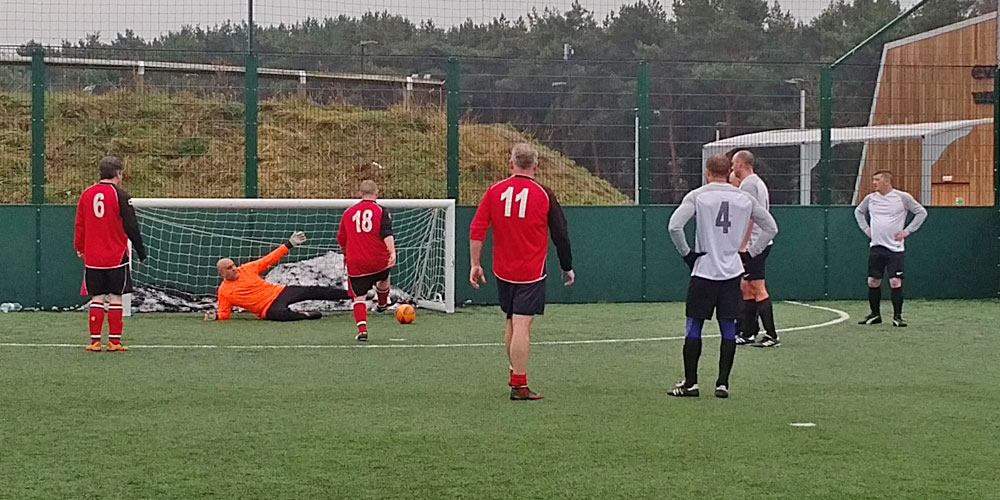 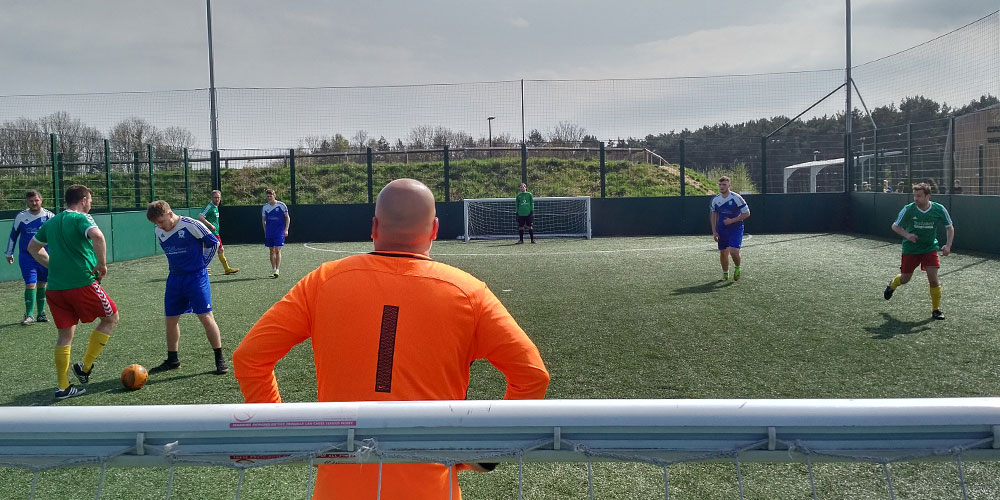