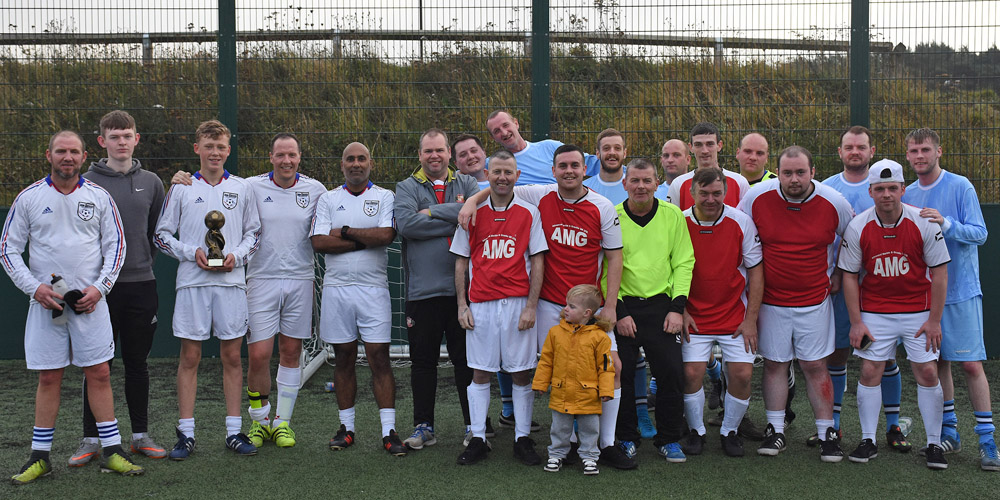 Despite being disadvantaged with a tight squad, tight as in only 5 players, Sassco worked their way past two games to take the tournament. This included being hamstrung by having McDermont as captain. This was Sassco’s first Tournament triump since 2011.

Clearly Drinks Blues 6 Clearly Drinks Reds 1
The opening encounter saw both Clearly Drinks teams face off against each other. The Blues were superior and ran out 6-1 winners. Theyquickly raced in to a 4-0 lead thanks to a Dave Cawood hat-trick and a penalty expertly converted by Mark McDonald. Chris Gray pulled a goal back for the Red n Whites before further goals from McDonald and a fourth for Cawood made the final score 6-1. (Report by Brian Watson)

Sassco.co.uk 6 Clearly Drinks Reds 2
It was then Sassco’s turn against the Reds. This game was originally the opener, but Kyle Burns and Dave Mordecai were late due discovering that people go shopping on Saturday afternoons. Sassco opened the scoring from the penalty spot but were soon pegged back. A little panic seeped in before there was some breathing space and then Sassco broke away in the end for a 6-2 win. The goals were shared amongst Kyle Burns, Marc McDermont and James Collinson for Sassco. Ryan Defty and Chris Gray got the two goals for the Reds.

Sassco.co.uk 3 Clearly Drinks Blues 1
Game 3 was the Blues v Sassco, but now classed as the final with the Reds losing both games and being eliminated. Technically, a draw would have allowed the Blues to take the Tournament, but Sassco had other ideas. Sassco took a 2-0 lead in a tight and evenly contested final, with James Collinson scoring both. Dave Cawood pulled one back late on, but James Collinson fired in his hat-trick, sealing the 3-1 win. 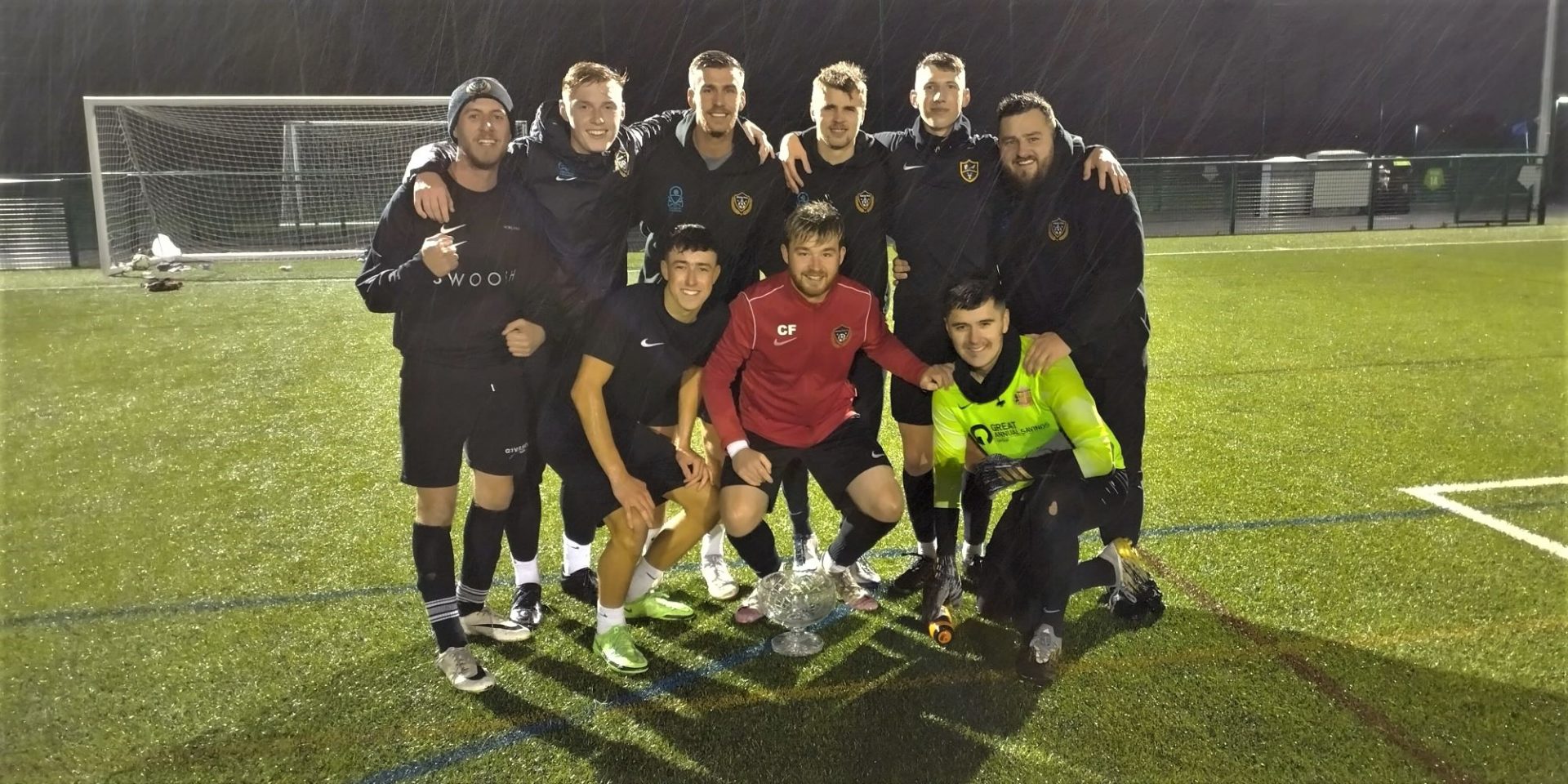