Sassco’s first entry into a competitive weekly league since 2010 saw a 3-3 draw.

However it was good and bad. Good in that we scored two goals in the last few minutes and should have had a penalty (ref bottled it having given one earlier). Bad in that some shocking mistakes led to a couple of goals.

We started and conceded straightaway. The majority of the game was spent by missing good chances (at either end) and with around 6 minutes remaining, they broke away and scored their second. Seemed to be over, but we fired one with Stephen Forster scoring from an angle. Immediately after this, a defensive howler involved Ciaran avoiding using his extra long arms and it was 3-1. “Why do we bother..” stated Glen Lane. Luckily he did as a penalty soon after reduced it to 3-2. This was followed by a blast of a goal from distance from the same player, which stuck into the corner of the goal.

In the dying moments, the referee bottled a clear penalty when a goalmouth scramble involving Macca saw one of their players (so it was claimed) grapple around the ball.

The side was Sangha, McDermont and Tyson, all players from 10 years back at the same venue, with additions of Mike Barker, Glen Lane, Stephen Forster and Ciaran Hartley and special mention for Paul Whelam, who had a great game due to his simmering anger for 40 minutes. 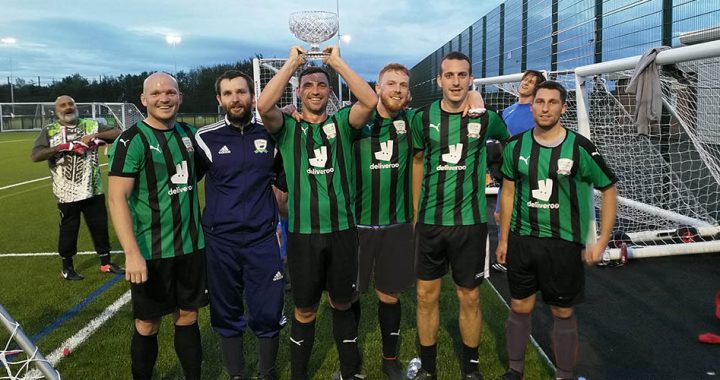 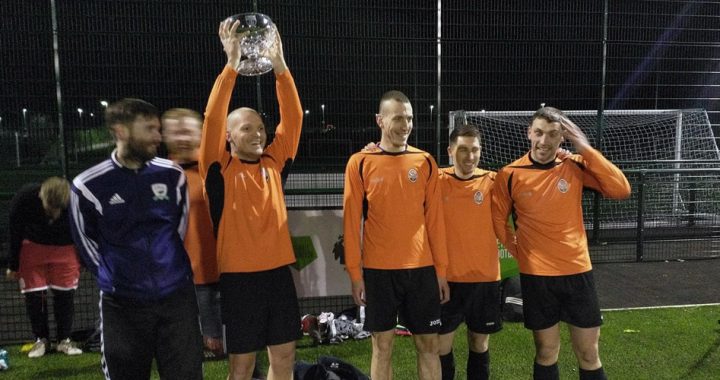