2-0 down, Dave Graham injured – could it get worse?

A bit of a clanger of a game. After last week’s heroics, we could present a full team with the additions of Jamie Wilson, Gareth Stoker and Stephen “The Liar” Lewis back in. Missing were Stubba and Tim, the latter out through injury.

The more I looked at the Traveller’s Rest results, the more worried I got. They had similar results to ourselves including a win over the fancied Cambridge. My biggest worry was about dwelling on last week’s result and not the performance. In the event, it was complete error strewn, with Simma “Butter fingers” taking the blame for most of them. A speculative long distance shot saw it slip out of his hands. It was so easy that even the camcorder was panning away. I did manage to get him picking the ball out of the net.

Second one was when Digga limp wristedly took a goal kick which went straight to their player. Another long range shot saw Simma palm it into the net. Then (or was it before the second went in), Dave Graham had to come off due to injury. So, 2-0 down, our main battler out and injured – what more could happen. I put Stephen Lewis on the left and shoved Greenwell in the middle. Almost immediately, we made a comeback. Lewis broke clear and reduced the deficit and not too long after, scored again 2-2 and it was all square. However, we shot ourselves in the foot. The poor performance from Muers got worst as he gave away a simple free-kick. The ball looped over Simma, who probably should have been able to punch it out.

At half time, we weren’t overly worried. Muers came off and Gareth Stoker was on. Macca then injured himself and Jamie Wilson came on. Jamie was pleased as we were wearing the blue tops. The Kappa ones would have been shot to bits as everyone noticed that he’s piling the pounds on. Eventually, a speculative shot saw Traveller’s goalkeeper spill the ball and it was 3-3. A few minor scares at our end happened, but we had chances at the other end, including Lewis’ point blank effort which was smothered by the ‘keeper.

Not too worried. Keeps the feet firmly on the ground. We clawed a game back from 2-0 down so it’s actually a very good result. Traveller’s look like a useful team as well. 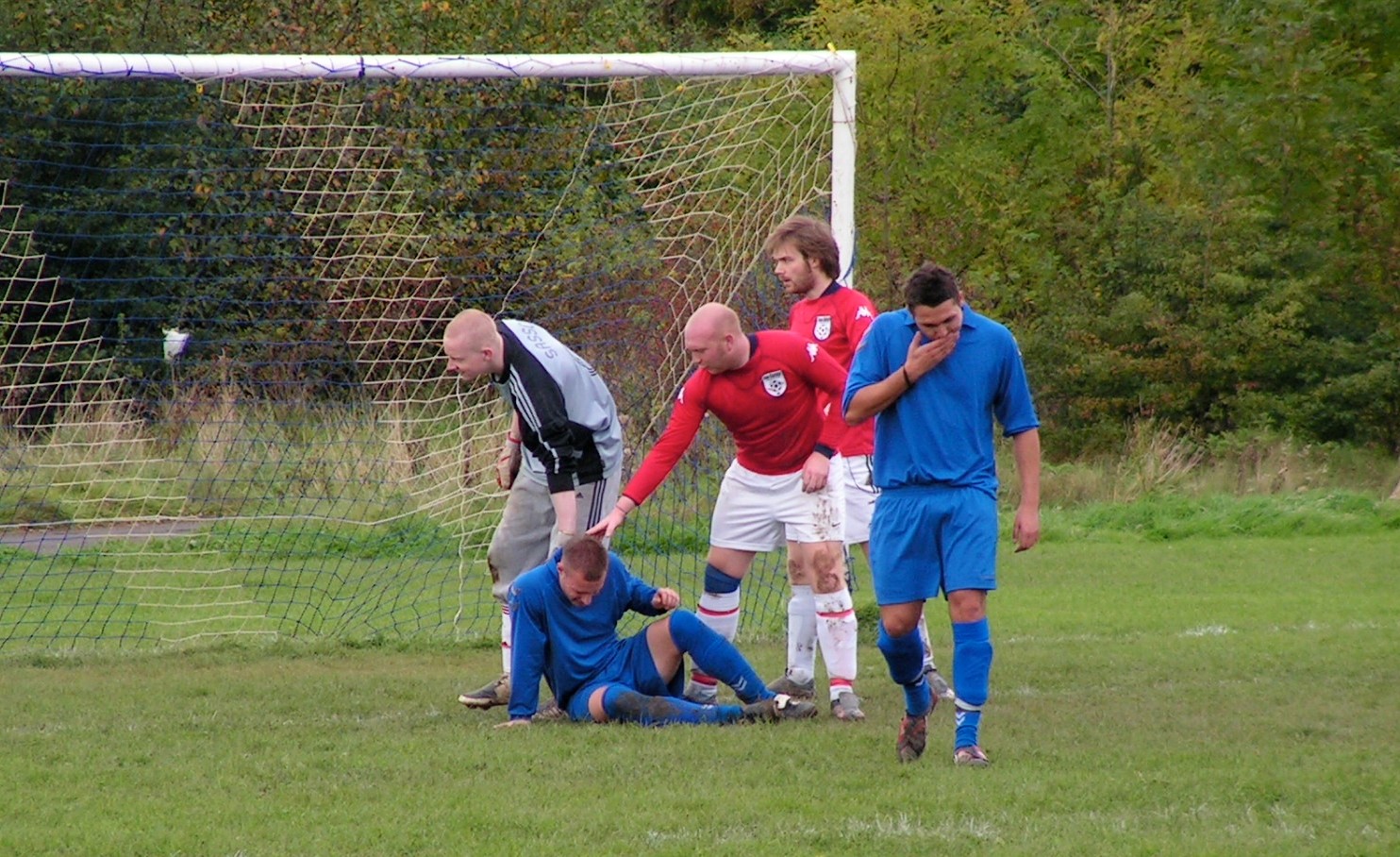 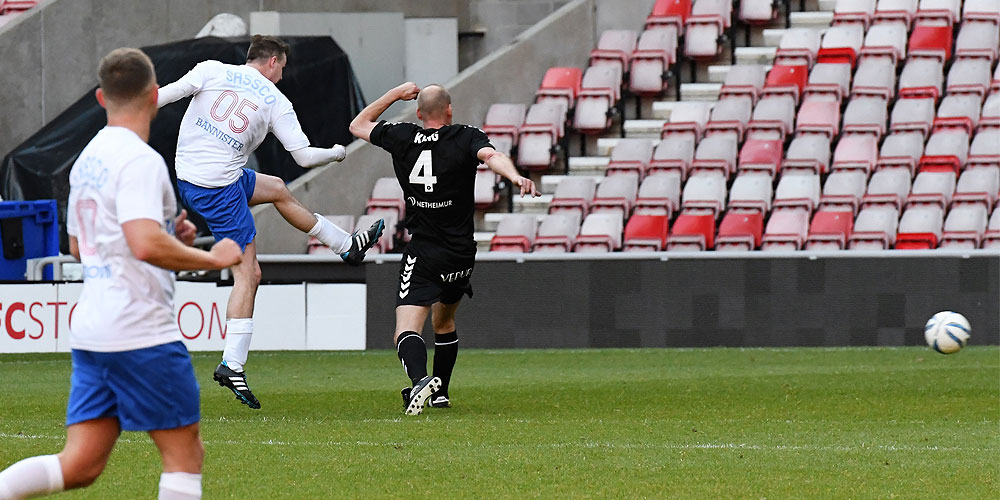