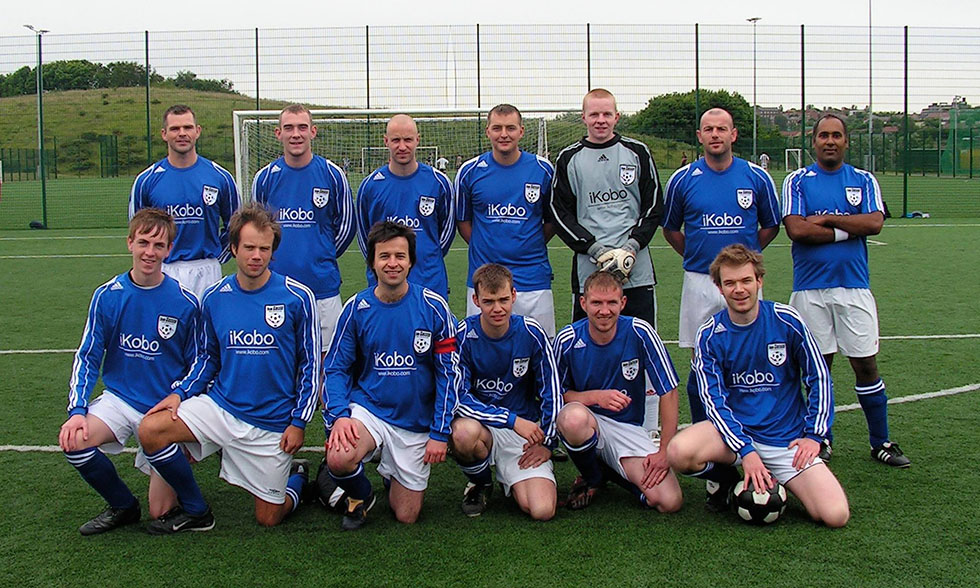 The heavens open as Sassco score seven in the second half.

Technically, this was our third pre-season game, but with the mini-break, it seemed as if it was a new start as we looked to re-charge our batteries for the 2008-2009 Season.

I normally start pre-season early due to the good weather, but the heavens opened up today and everyone was truly soaked. It was very miserable and the only thing that cheered us up was the excellent scoreline.

Everything was new. The new shirts, the new socks, but same old players. The new additions, Lewis, big Cressy and Nelly had already played a few times for us. The opponents were Whitley Bay Deaf, now known as Newcastle DFC. They had Andy Reay, Andy Farrer and Gav Brown on show. As the three players had played for Sassco for a large part of the season, we knew we were in for a difficult time. They’d also won the National Deaf Cup, playing against teams from all corners of England. Any team winning a National Cup is a good team.

Venue was the over the top, very expensive artificial turf at Gateshead. Expensive, but generally worth it due to the surface. It was a bit awkward getting on the pitch. A crane had blocked the car park where I had to lug most of the kit half way around the stadium to get to the pitch. I forgot the water – left it lying outside of the car, but Dave Gourlay picked it up about fifteen minutes later. It tasted a bit salty so I reckon some local toe rag has pissed in it. I also told everyone it was 12:15pm kick off when it was really 12:30pm. That obviously went down well when everyone found out. At least we were there on time though.

We started reasonably well. It was back to 4-4-2. The game was tight in areas and the pitch looked quite busy with not much space for any player on the ball. Nelly, despite being up front, tended to push out wide and managed to gain quite some space to put in a some brilliant crosses throughout the game. The first ball which went in saw nobody on the end of it. The second was perfect and Mark Cresswell nodded it in cleanly. We gave one away straightaway (typical). No idea what really happened. We had the ball in our own corner and the next thing I saw was that they’d scored.

Their long through ball was causing quite a few problems for us. Especially as we had two stand in centre halves in Dixon and Lewis. Both Emu and Jamie were missing. Swinhoe also was absent and, unfortunately, Tony Burnhope wasn’t available neither. With no answers to calls, I assume he was away on holiday like Emu (but probably not with Emu). Only time will tell.

So at 1-1, we got back into it very quickly. Another cross from Nelly saw Ed Morrison bundle the ball in the back of the net. Near the end of the half, a goal mouth scramble saw Dave Graham drive the ball home through a ruck of players.

3-1 at half time. Dave Gourlay had to leave (to go to his own wedding) so I placed Lewis in centre midfield and Tim came on as centre half. We were 4-1 up against the same team last season and let it slip to 4-4 in the second half. This time we didn’t let anything slip. Lewis scored within minutes of the restart, but for me, the second half was a bit of a blur as the rain was lashing it down now and I spent the majority of the game retrieving balls from around the area.

We won 10-2. Lewis scored two including a 20 yarder in off the crossbar. “Stunnin volly from 20 yards in off the bar!” – his words. He should have scored more. Some were glaring misses, and he did sky a few as well (hence me wandering around picking his stray balls up). Nelly helped himself to two goals after working tremendously hard and being productive throughout the game. He didn’t even moan neither which was an award in itself. Also, he was giving Ed Morrison a pep talk at half time. Seemed to work as Ed scored three in the second half for a total of four goals. Staggering considering I was going to have him as sub first half and then as a left back! Superb performance, and a worthy Man-of-the-Match award. Nelly would have come close, but Ed’s hat-trick sees him deserve the award. One of his goals was from a startling McDermont strike which cracked the post. Startling as it was reasonably on target. The rebound came out to him as well and his floated the ball in to the far post for Ed to head it home. It was a good few minutes for Macca as he had some close chances.

So a thrilling performance. The team did perform to their best abilities. The back line was respectable, with Tim, Digga and Lewis combining with Macca and Si. Lee Cresswell was holding up well in midfield. I’m sure him and Lewis switched, but I can’t remember as I was trudging around in the bush looking for balls. Up front, Nelly and Mark Cresswell did very well. Cressy should have scored more, but elected to pass instead (unlike him).

No negative points really. If Emu and Jamie were there, we’d have been exceptionally solid. Newcastle DFC did well when they had the ball. Some of their passing was excellent and it was particularly hard getting Reay and Brown off the ball. Andy Farrer was a man possessed at the back. Desperate to get one over Sassco. However, it was a different Sassco, a more competent one with a good, decent squad out there. From the last time we played here, only five of us (me, Dixon, Muers, Gourlay and Simpson) remain in this current squad. I can’t see any mass exodus this season, as last pre-season was a bit chaotic.

Thanks to Craig Black for officiating at a low cost. The pitch hire for Gateshead is way too excessive so both teams paid half and with Craig reducing his cost, made it comfortable for everyone. It was his first game officiating with a deaf team, so it was bit of an experience for him.

The kit looked good as well. We rotate whenever we have a sponsor between white blue and red. It was white for the first season in the WCFL, then red, then white again and now blue. The new kit had the iKobo sponsor logo on as well. Unfortunately, the footballs didn’t arrive in time, They’re the standard black and white patched ones, but with the iKobo logo on. 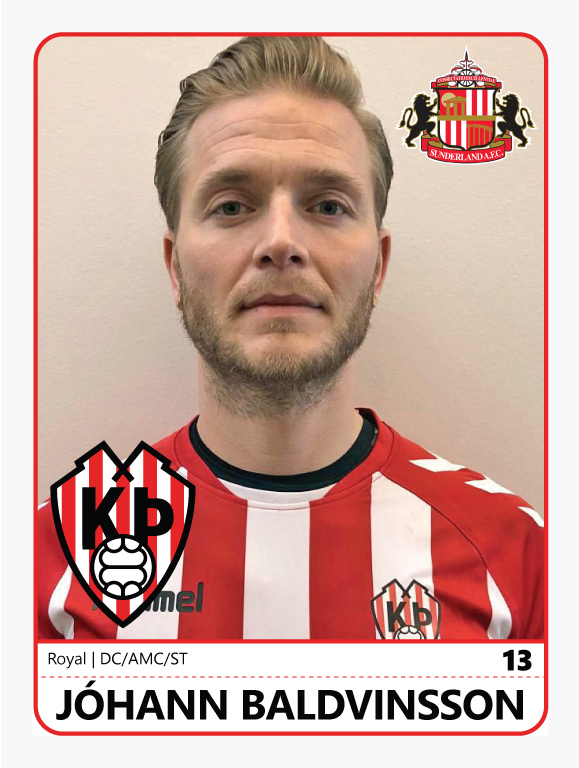 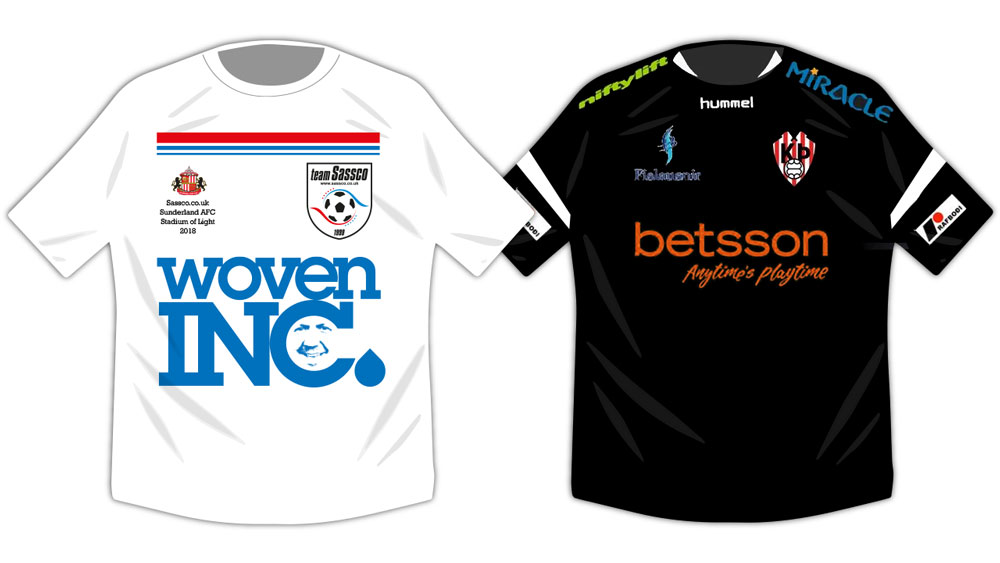 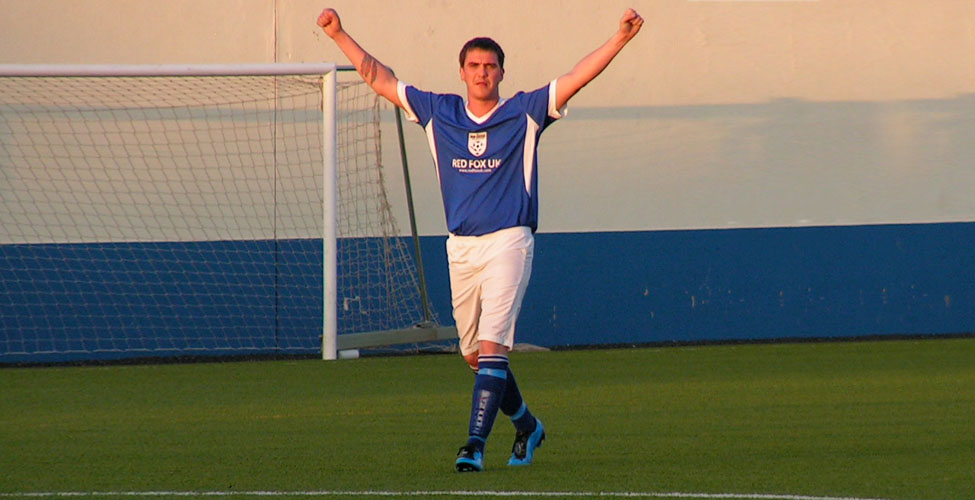 Wayne Greenwell: My point of view – Being diagnosed and treated for Cancer.