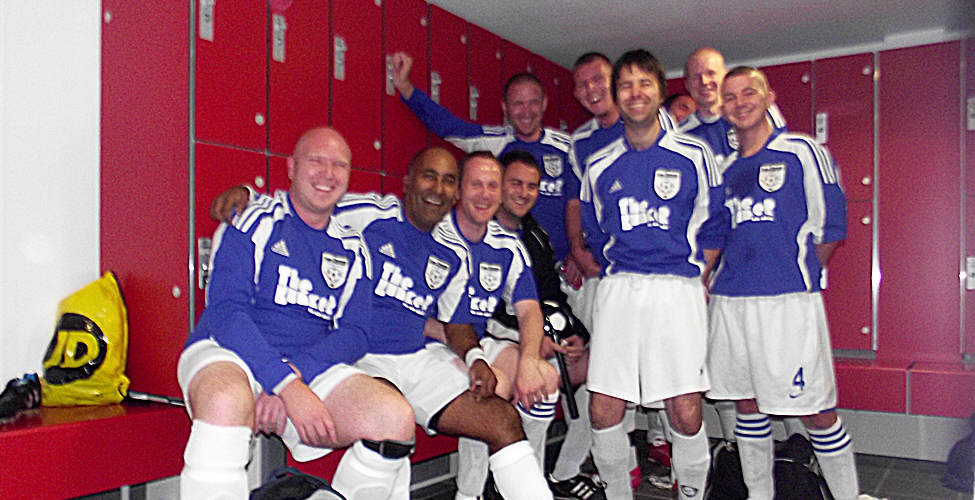 Sassco are back, looking wider and jaded.

Isn’t it fab when a bunch of mates can get together and decide to have a random game of football. Had a quick glance around and we decided to play at Gateshead Stadium. There was even a pitch free, so we all chipped in and hired it. Then we decided to push the boat out a bit and instead of four jumpers, we hired a set of goalposts. To top it off, we thought we’d look the part and despite it being just a “random” kick-about, we dusted off the old kits and miraculously, we were all wearing white shorts and socks. Isn’t it amazing when that happens. Just mates having a kick-about.*

* This is a legal disclaimer.

So, around fifteen people were pencilled in to turn up. We only had the eleven for kick off – so normal Sassco then.

As expected, we got a bit walloped (but Tyson scored two). It was miserable and pissing down. Late in the game, Emu’s tab got soaked, went out and he resorted to sucking up cigarette and ash flavoured water.We couldn’t even take lots of photos. We did in the changing room, including one automatic timer one, where a lad came into the changing rooms to see us all together bunched up and Macca telling him, “Gay things going on here, mate.” I came off late in the game complaining about age. Muers came off and was a failure just like he has been for the team in the UK, Malta and Portugal. Dave G had a run in with a mini-midget for them. All we heard on the sidelines was “What ya gonna do? You’re only four foot…”
And I got the usual plethora of requests for friendly games against stronger stuff. Gash was sniffing around on Facebook asking to play us, but I told him to play someone his own size.
I’ll tell you what, I don’t miss it one bit. 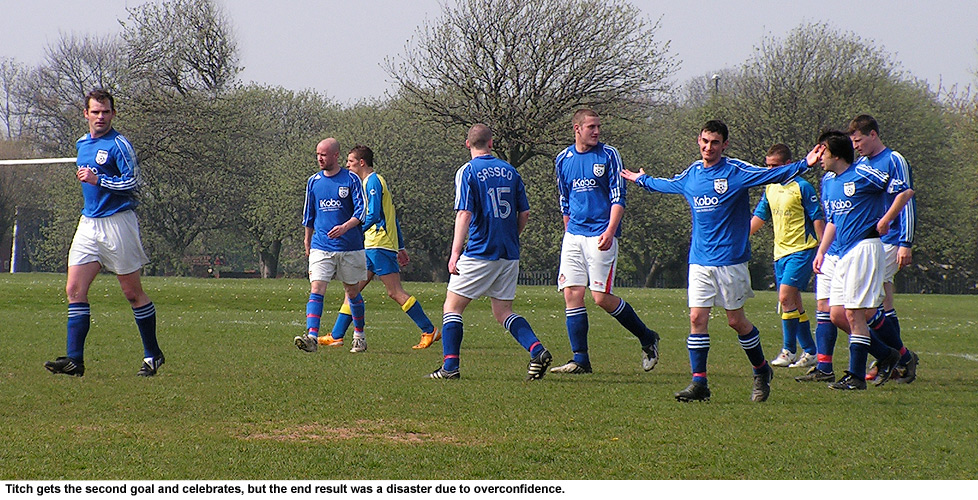