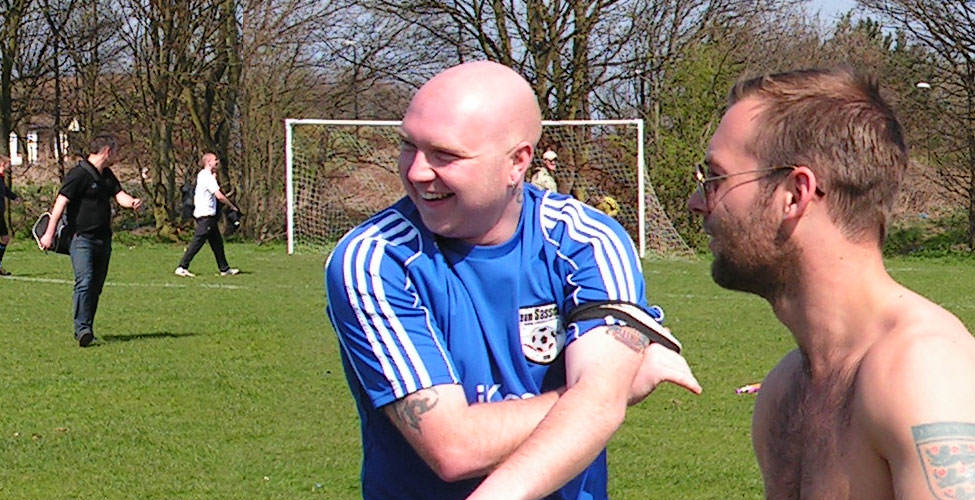 This is why bad things happen. Muers twisting on the captain's armband.

Well what can I say? Yes, my legs weren’t as long as I thought they were and didn’t reach the ball, which went on through for Usworth FC to score their equaliser. However, this was just after Muers had waddled up the field and turned a player inside and out, and missed. Also, when Emu’s twisting the captain’s armband on, we know we’re in for a battle (around twenty games as captain: one win). 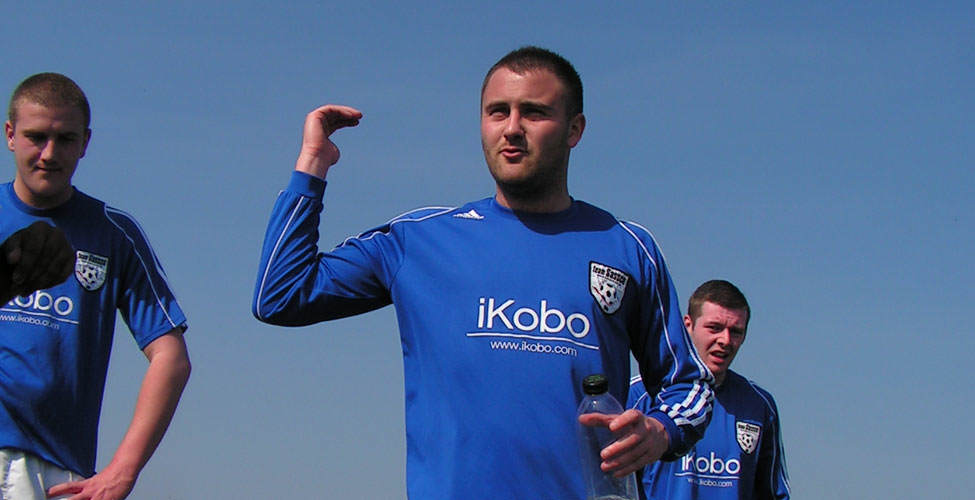 We started with eleven and ended with nine. Scotty H and Si Mulvaney both wandered off injured, but the fury was directed at Stoker and Langan; both who failed to show. Stoker texted in the morning saying he was still injured, but no response from Langan and no show for the second game running. Scotty went off with his guts playing up. I did offer to give him a body cavity search to remove any offending object (“with nee vaseline”), but he turned me down. I think Si’s just getting too old. 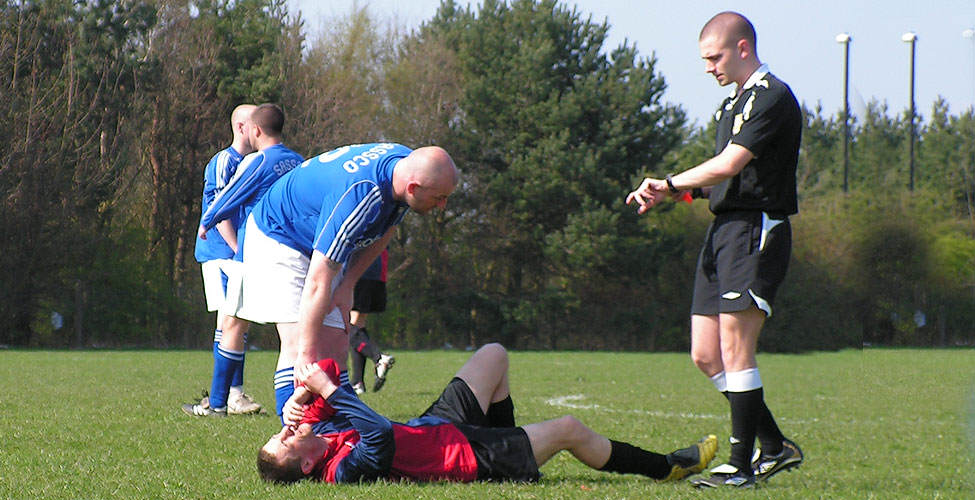 With an already injured set of players, Sassco battled through and Anth Pearson took the team 1-0 ahead in the first half, which ended with the aforementioned nine players. Si managed to come back on for the second and we actually missed around six really good chances. Usworth’s winner came near the end when Mickey Oliver sliced through an opponent and gave away a penalty. 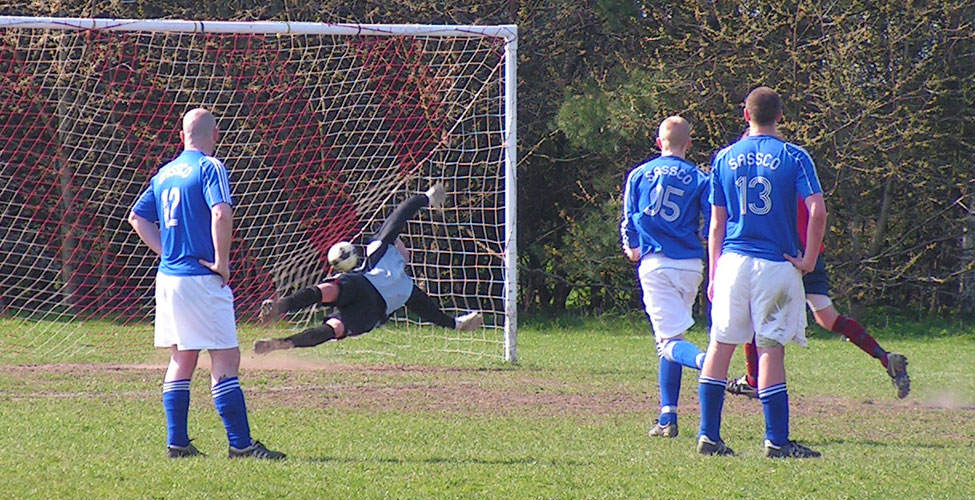 I got booted in the skull going for a ball, everyone else got a fair few knocks, but it was a strong performance hampered by unfortunate injuries before the game and during it. Also a mass panic as I thought my car keys were lost, only to turn up in Nelly’s pocket. Cheers.

PS. Bri Watson’s quit a Team Secretary due to work commitments so I’m looking for a volunteer to step up.