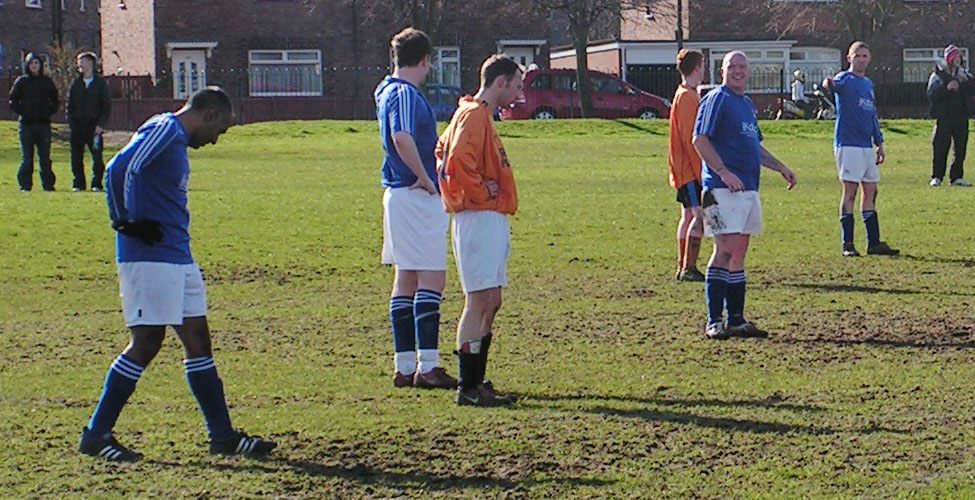 A rare sight; a retarded back line of Sangha, Stoker, Muers and McDermont.

Dave and Scott Smith, plus Campbell were missing from this expected win. It didn’t start too well. We weren’t under any real threat, but the early goal didn’t come. The wind at Thompson Park didn’t help much, but we did open the scoring when Langan’s powerful shot forced it’s way in. After this, the team relaxed and the eventual second goal came from Scott Hembrough. 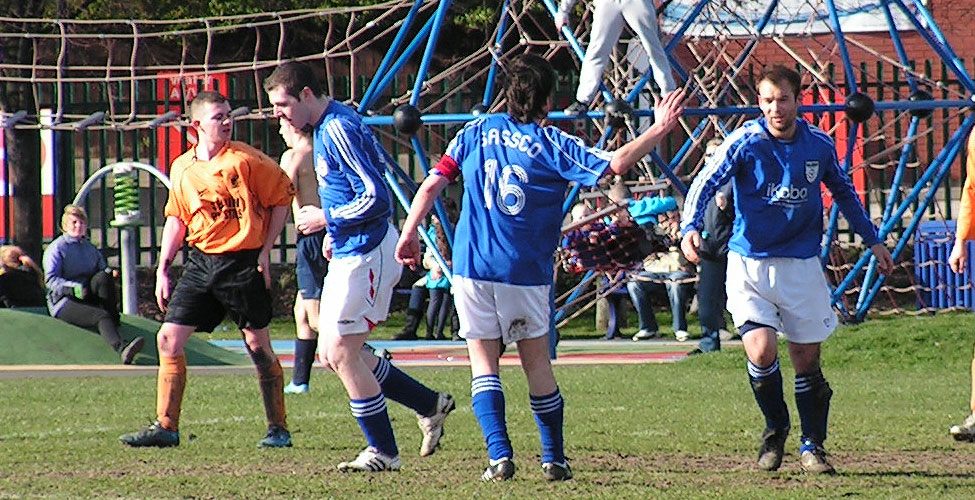 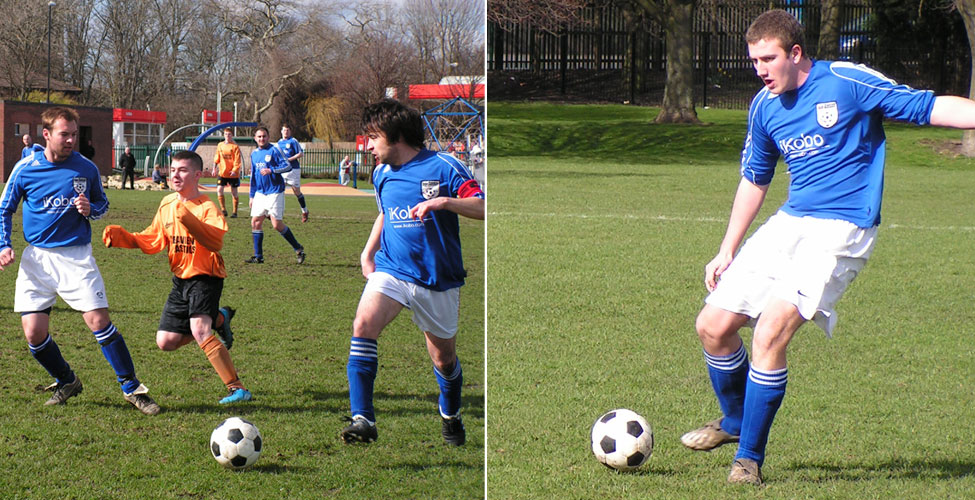 A bit of a half-time rollocking from Mickey Pearson (probably didn’t get his leg over the night before) resulted in a much better second half. This time, Scott Hembrough scored again. Finally, Dave Gourlay scored from a free-kick in a comprehensive win. 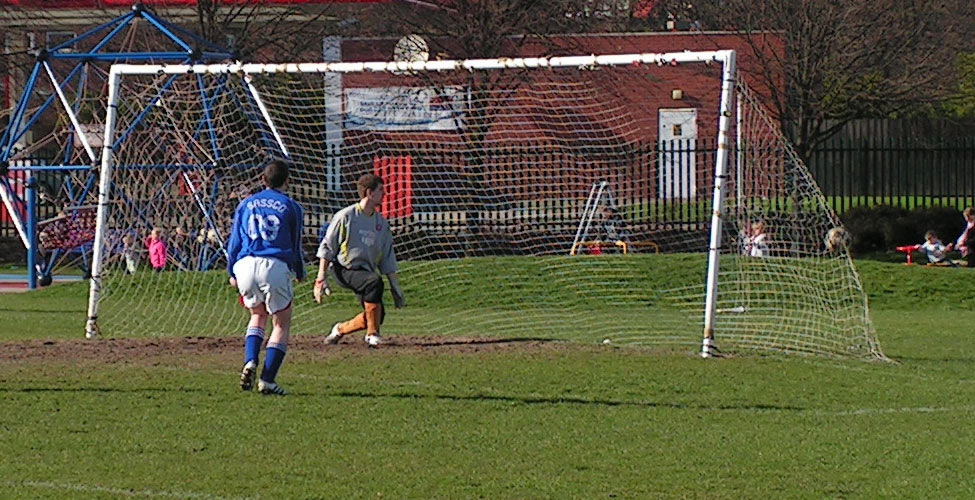 An interested back line full of retards to end the game (due to substitutions), with McDermont, Stoker, Muers and Sangha holding back the hoards of Cove players. 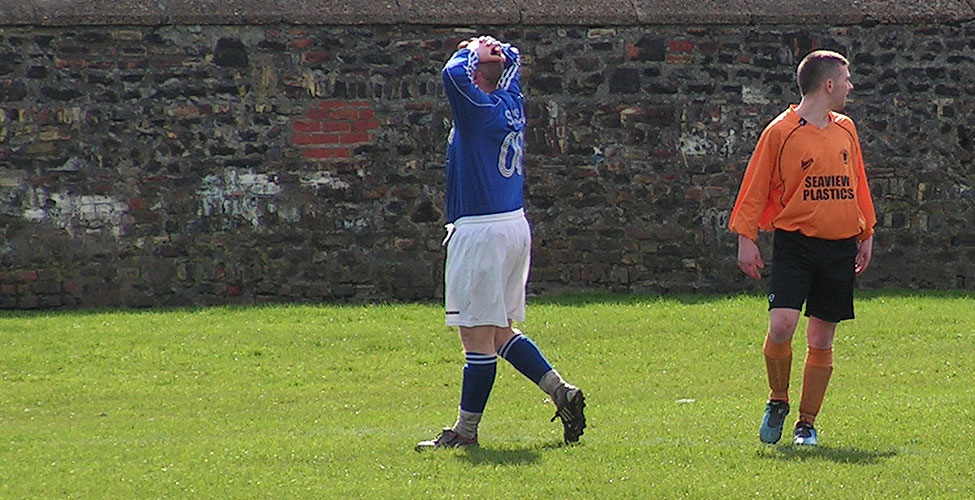 Back in the changing rooms, Stoker and Macca had an argument which led to Stoker giving Mac a dig and resulting in a bust lip. It’s all good. 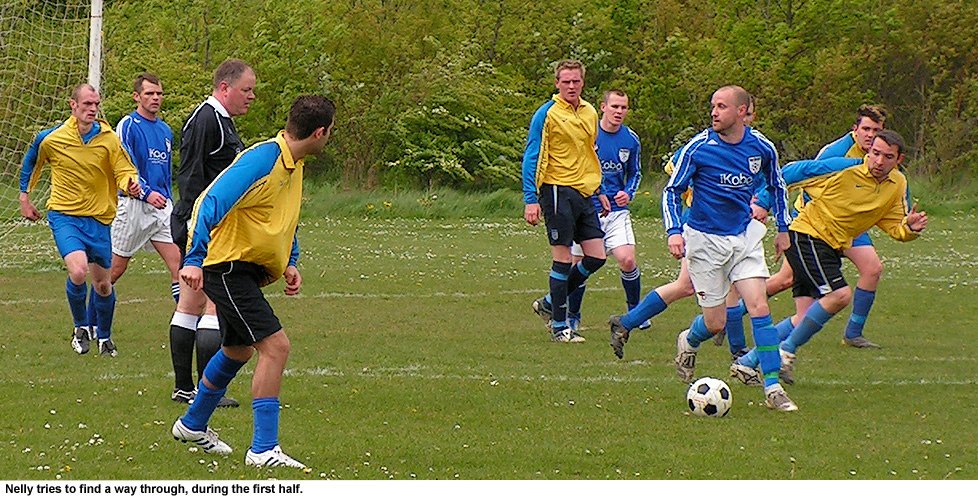