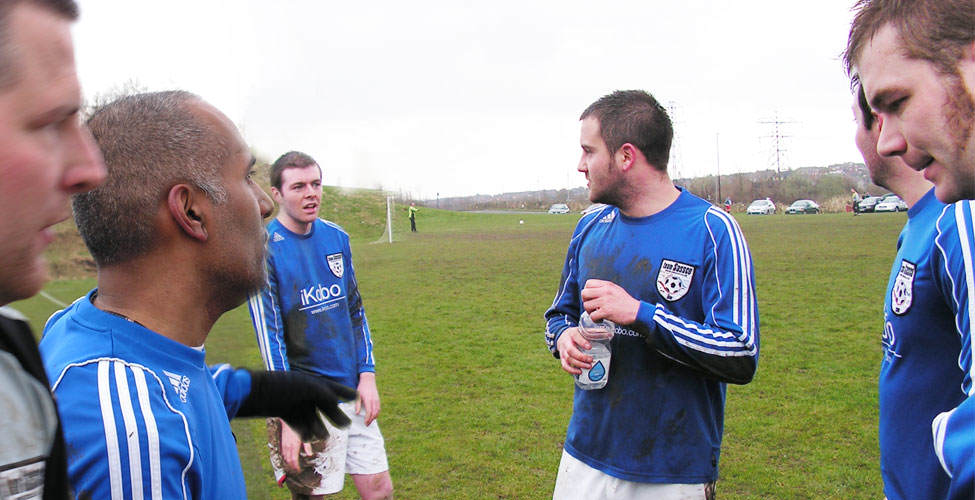 Loads missing; not happy at all. Scott Smith is out for a while due to shin splints, Gourlay was injured, Stoker and Langan struggled with babysitters, Campbell at the match and Macca didn’t give a reason, but I now know he was watching the match in a pub and claims his foot was infected, which is bulls**t as the text a few days back didn’t mention any injury.

Anyhow, McConville, who quit the team a few weeks back, was called in and guaranteed a starting spot (not really difficult with only 11). I also started at left back, just as in the Traveller’s game, after playing in the morning. Easy if you’re 27, but not when 37.

We conceded early and eventually went 2-0 down. The boggy pitch didn’t help, but we had nothing up front as the ball was coming back all the time. Second half saw more chances from Colliery, before I looped a ball into the box for Scott Hembrough to reduce the deficit to 2-1. Colliery went 3-1 up, but then Anth Pearson got himself dirty to release the ball for Mickey Oliver to make it 3-2. Criminally we conceded again from kick off and the scoring ended there, but could have been much worse if not for McConville starring at centre-half and Dave Smith’s excellent goalkeeping.

A decentish performance against the strongest team in the division – especially with the depleted side we had out. Whenever anyone sees me in a number 18 Sassco shirt, it’s quite obvious something’s gone wrong. 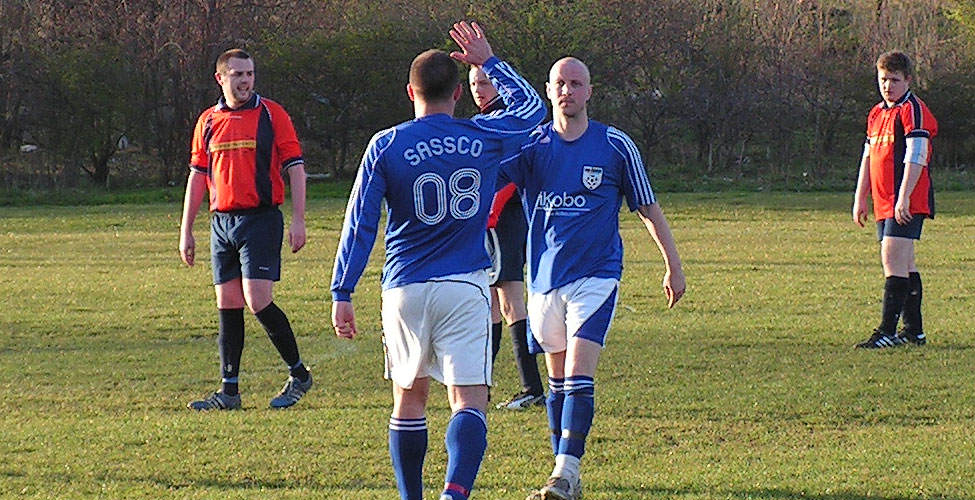 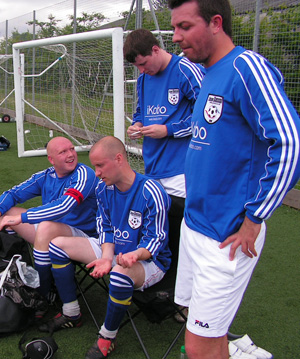